Nielsen released the Netflix streaming figures for Martin Scorsese's star-studded film “The Irishman,” with the 3.5-hour mafia epic drawing a massive audience for the first five days since its release last week thanks in part to a blockbuster cast including the likes of Robert de Niro, Al Pacino and Joe Pesci.

While Netflix rarely releases such data on its own, Nielsen announced the film averaged an audience of 13.16 million viewers between Nov. 27 and Dec. 1, according to data obtained by Nielsen, with an average of 2.15 million to 3.14 million viewers per day.

The film’s lengthy runtime didn’t appear to have much of a negative impact on viewership, however Nielsen did find a total of 17.1 million unique viewers who only watched part of “The Irishman” without finishing it.

In terms of demographics, the film was most widely watched by viewers 50 years old and over, making up almost half of the average viewership across that five-day period. 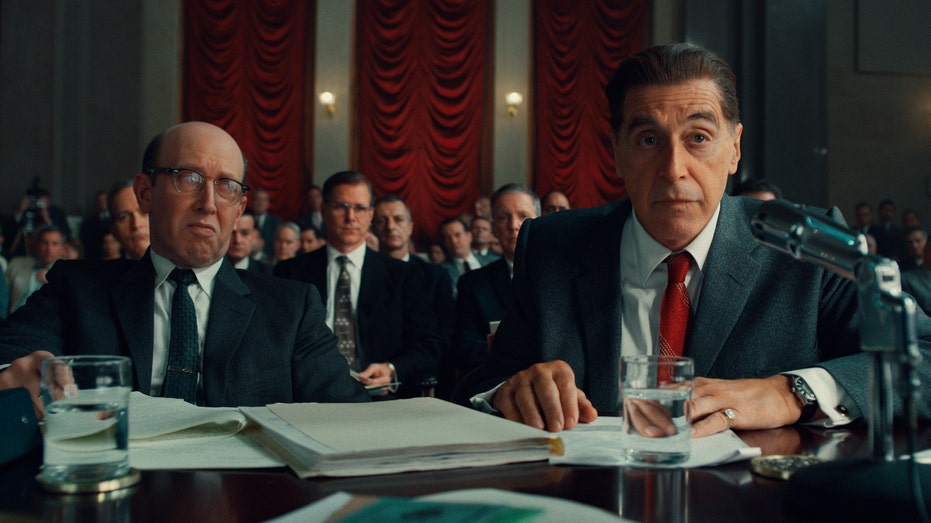 Al Pacino, right, in a scene from “The Irishman.” (Niko Tavernise/Netflix via AP)

Nielsen also reported that men between the ages of 50 and 64 comprised 20 percent of the film’s viewership on the day it was released on Netflix, with that same demographic making up 15 percent over the first five days since the film’s release on the streaming service.

While the viewership figures for the film is impressive, Nielsen’s ratings measure U.S. television sets only and do not account for those who streamed the movie on other devices such as computers or tablets. Nor does it take into account international audiences.

'THE IRISHMAN' DROPS ON NETFLIX IN HIGHLY ANTICIPATED DEBUT

Netflix's "Irishman" had a limited 26-day theatrical run in independent movie theaters prior to debuting on the streaming platform, but those box office figures have yet to be released.