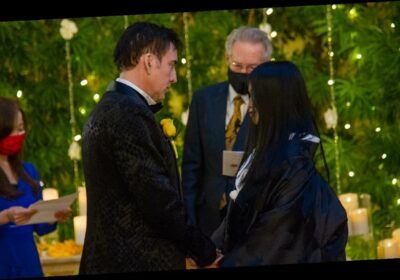 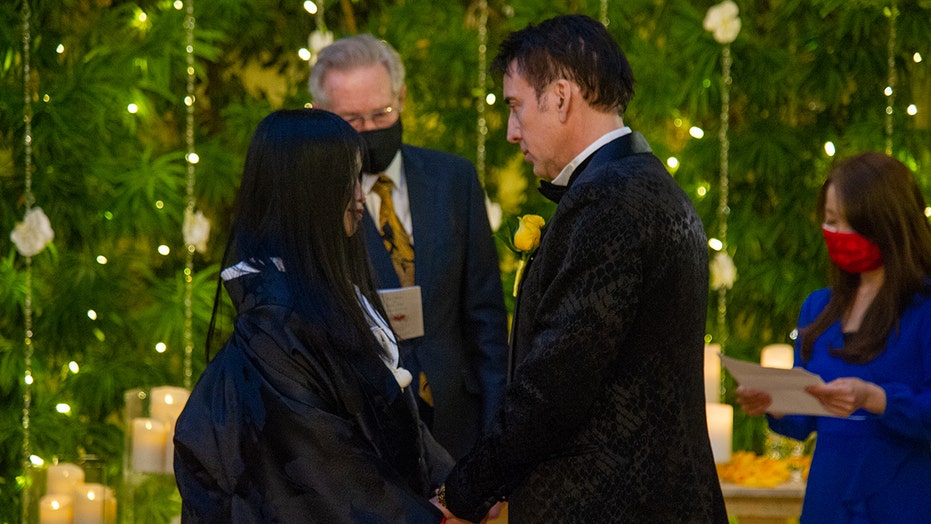 The actor, 57, married his girlfriend Riko Shibata, 26, in a Las Vegas ceremony back on February 16, Fox News can confirm. This is Cage’s fifth marriage.

“It’s true, and we are very happy,” Cage said in a statement to Fox News on Friday.

The “National Treasure” star and Shibata wed in a “very small and intimate wedding at the Wynn Hotel,” a rep for Cage told Fox News. “The date was chosen to honor the birthday of the groom’s late father.”

The bride wore a handmade Japanese Bridal Kimono from Kyoto while the groom wore a Tom Ford tux. 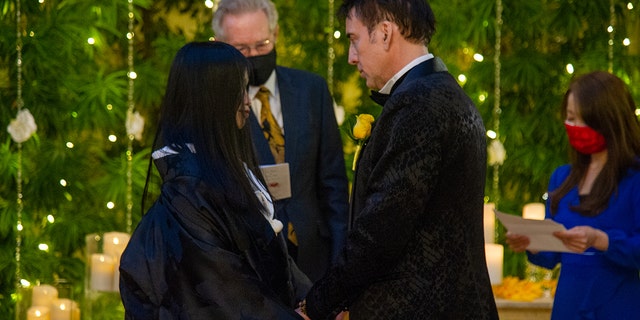 Nicolas Cage tied the knot for the fifth time in February.
(Wynn Hotel)

“They exchanged traditional Catholic and Shinto vows with poetry from Walt Whitman and Haiku sprinkled in,” the statement continued. “After the wedding, the happy couple was joined for a small celebration attended by Nicolas’ ex-wife, Alice (who he remains very good friends with) and their son Kal.”

Cage and Shibata met in Japan over a year ago. 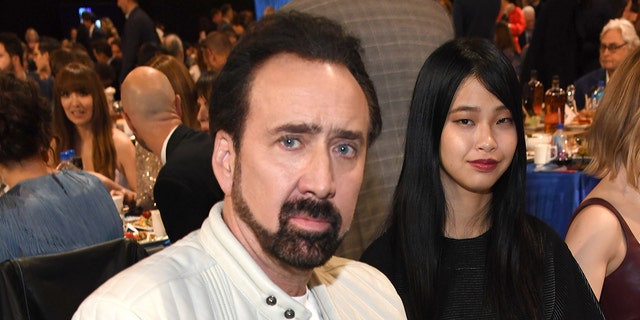 The actor, 57, married his girlfriend Riko Shibata, 26, in a Las Vegas ceremony back on February 16, Fox News can confirm. (Photo by Kevin Mazur/Getty Images for Film Independent)

Cage has two sons, Weston, 30, whom he shares with actress Christina Fulton and Kal-El, 15, from his marriage to Kim.