During the episode, Nick caught up with designer Gabrielle Blackman to discuss the process as it happened.

She explained to Nick: “We’re trying to do the minimal changes with the layout to get the maximum impact for Chris and really emphasise what he can do and not what he can’t do.

“We want to bring him home to do all the stuff he did before, you know make tea, get the kids to bed, to get normality back, but to do that we do need to move a few walls around.

She added: “With every compromise we have to make because of accessibility I like to add something beautiful and a change the way you look at a room.”

Sharing his thoughts, Nick replied: “Well in actual fact, because of the lack of structural work we’re doing, this should actually give more time for you to design and go to town on the design in a magnificent way.”

“But there is a lot of work to do before we get to magnificent o’clock.”

Later on in the show, Gaby and Nick caught up to discuss the process further, to which she said the team are “double banqueting”.

Gaby tried to convince Nick the end result would be “fabulous,” prompting Nick to silently laugh. 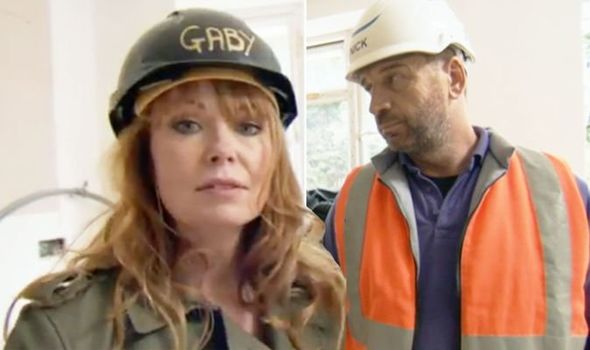 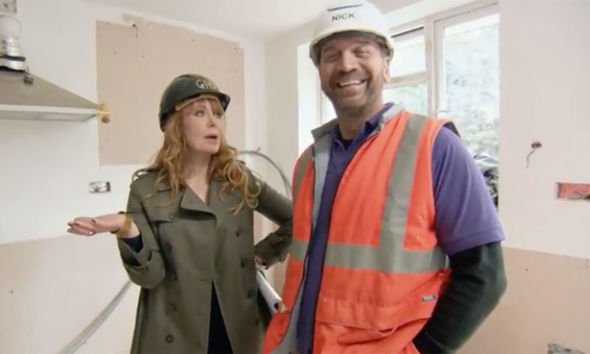 Confused by his response, Gaby asked: “Why are you laughing?”

“I’m not,” he replied smirking, before saying he found the one of the items of furniture, a banquette, funny.

Gaby responded: “I am surrounded by Barbarians,” which left Nick laughing even more.

During the episode, a Twitter user tweeted Gaby about the humorous moment. 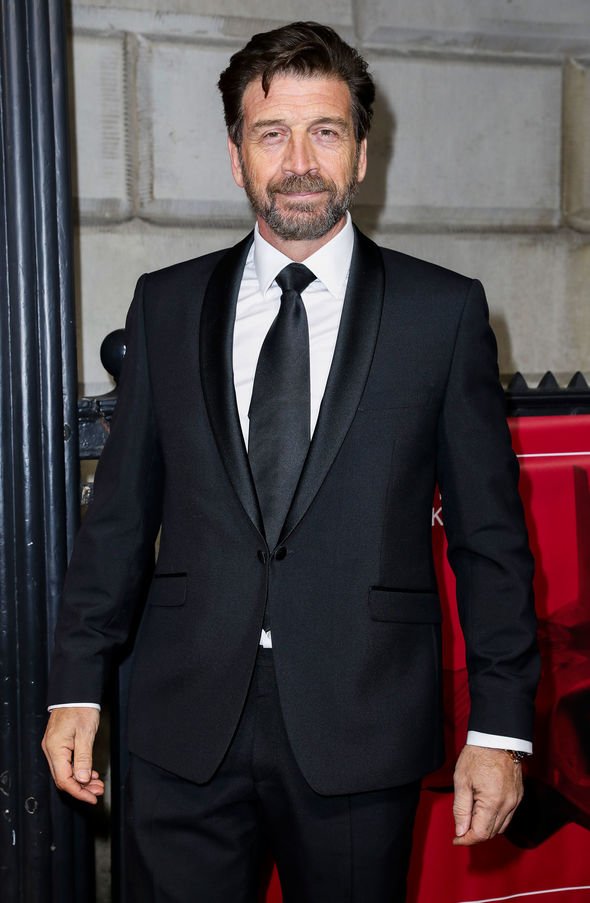 Elsewhere, earlier this year, Nick Knowles revealed why he doesn’t like to watch himself back on television.

Speaking exclusively to Express.co.uk, he said: “I occasionally watch DIY SOS to see if I’ve got into any bad habits but apart from that I’m not really one who likes to watch myself on TV.”

Nick, who has been fronting the show since 1999, went on to say he has no intention to leave the show.

He added: “It does too much to change lives…The hundreds of people who turn up make a massive difference to the community.

He added: “DIY SOS is doing better than ever. I’m really happy with it.”