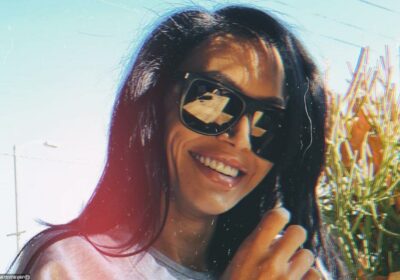 Yolanda Previtire remembers telling the former ‘Glee’ actress that she loved her and asked her to call her before the star was reported missing at Lake Piru.

AceShowbiz –Naya Rivera‘s mother and sister have recalled their last conversations with the actress on the first anniversary of her death.

The former “Glee” star drowned during a boating trip on Lake Piru in California with her young son, Josey, on 8 July, 2020, and to mark the tragic date, her family has spoken out about the last chats they had with Naya.

Her mum Yolanda Previtire tells “Good Morning America” she told the star that she loved her and asked her to call her “when you get off the water.”

The call back never came.

Josey was found alone, asleep on a rented boat after Rivera failed to return it on time. She was initially reported missing and then her body was found five days later. Her death was ruled an accidental drowning.

“It was almost like a force,” Previtire describes how she felt when she learned her daughter was missing, presumed drowned. “I literally was just pushed backwards, just screaming.”

Previtire says, “My faith told me that nothing is missing, surely, not a person. We just can’t find them. So that was my thing: ‘God, you know where she’s at, just bring her back to us.’ “

Naya’s mum took screenshots of her FaceTime chat with Naya hours before her death to help those people searching for the missing actress study the location of her final call.

Previtire is grateful the family still has Naya’s son, who is “like a boy version of her in every sense of the word.”

“Just his tenacity, his drive, his zeal, his adventure for life… He’s Naya in boy form!” she shares.