Natalie Portman clarified her comments about Jessica Simpson’s virginity after the singer said she was “disappointed” in the Oscar winner’s recent remarks. 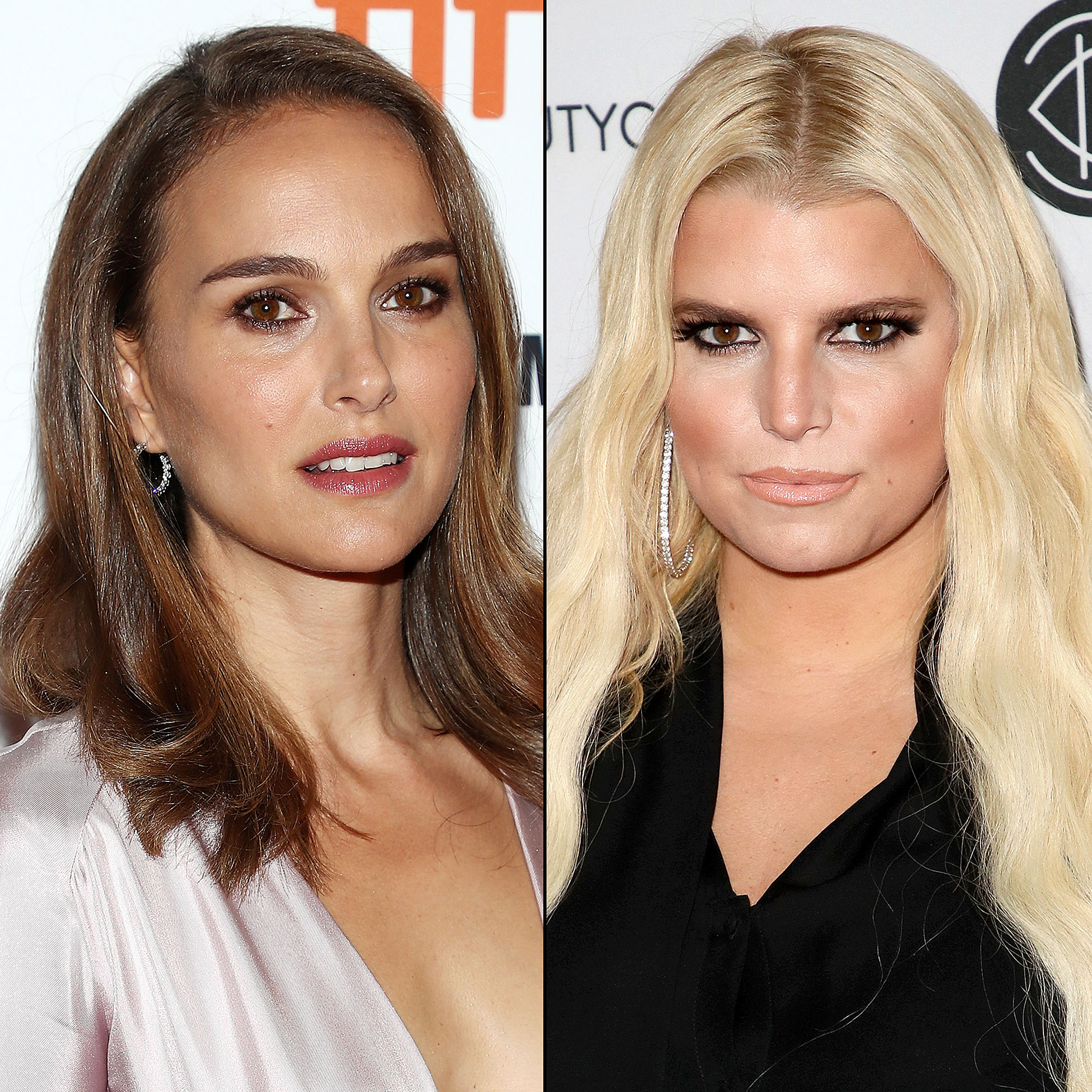 “Thank you for your words. I completely agree with you that a woman should be allowed to dress however she likes and behave however she likes and not be judged,” Portman, 37, commented on Simpson’s Instagram about the actress’ remarks on Wednesday, December 5. “I only meant to say I was confused — as a girl coming of age in the public eye around the same time — by the media’s mixed messages about how girls and women were supposed to behave.”

She added that she “didn’t mean to shame” Simpson.

Portman concluded: “I’m sorry for any hurt my words may have caused. I have nothing but respect for your talent and your voice that you use to encourage and empower women all over the globe.” 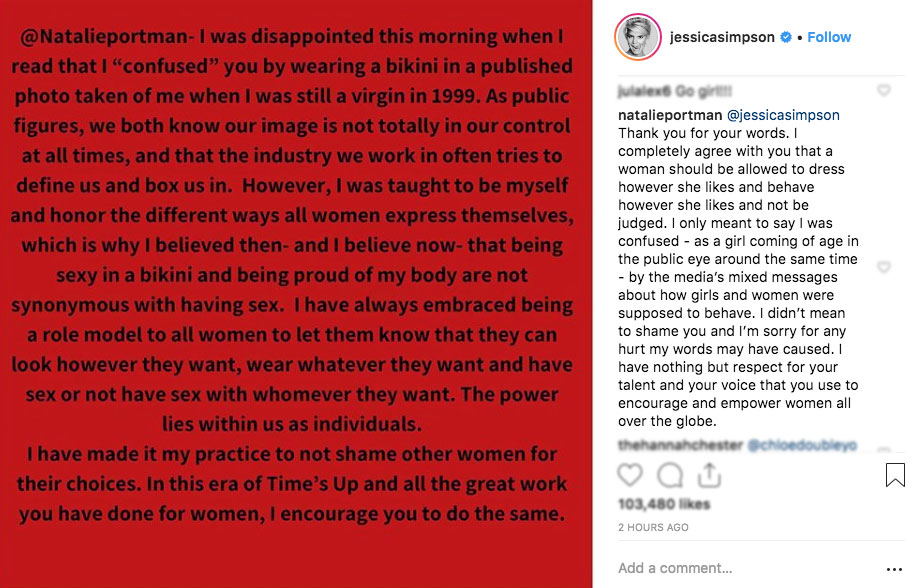 The actress, who plays a pop star in her new film, Vox Lux, referenced the 38-year-old fashion designer in a story published by USA Today on Tuesday, December 4.

“I remember being a teenager, and there was Jessica Simpson on the cover of a magazine saying ‘I’m a virgin’ while wearing a bikini, and I was confused,” Portman told the newspaper “Like, I don’t know what this is trying to tell me as a woman, as a girl.”

Simpson clapped back at the Star Wars actress in a lengthy statement shared on social media on Wednesday.

“@Natalieportman I was disappointed this morning when I read that I ‘confused’ you by wearing a bikini in a published photo taken of me when I was still a virgin in 1999,” wrote the “With You” singer, who previously revealed she remained a virgin until her 2002 marriage to Nick Lachey. “As public figures, we both know our image is not totally in our control at all times, and that the industry we work in often tries to define us and box us in. However, I was taught to be myself and honor the different ways all women express themselves, which is why I believed then — and I believe now — that being sexy in a bikini and being proud of my body are not synonymous with having sex.”

“I have always embraced being a role model to all women to let them know that they can look however they want, wear whatever they want and have sex or not have sex with whomever they want,” she continued. “The power lies within us as individuals. I have made it my practice to not shame other women for their choices. In this era of Time’s Up and all the great work you have done for women, I encourage you to do the same.”