Home » Celebrities » Music Discovery: Breaking Down the Relationship Between Tastemakers and Discovery Channels

Music Discovery: Breaking Down the Relationship Between Tastemakers and Discovery Channels 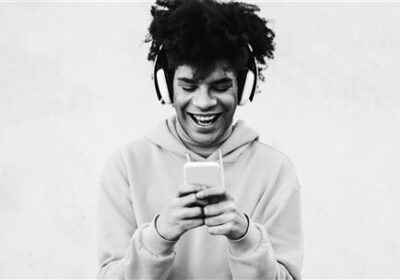 Algorithms are the new music tastemakers — for now.

Of all the beachheads that have determined the victors and losers of the music industry, none has been more fought over than music discovery: how listeners find new artists and tracks and fall in love with them. Controlling music discovery has been at the center of the recorded music industry playbook for decades.

Debunking Myths and Misconceptions of the Psychedelics Industry

5 Festivals That Ended in Disaster

2. Tastemaker: Within a discovery channel, this is the individual, or editorial body, that selects what music to play and when.

Throughout several decades of the modern recorded music industry, the relationship between discovery channels and tastemakers was incestuous, to say the least. The line between these two had been continuously blurring through decades of mergers and vertical integrations (and vast amounts of payola) until listeners had enough.

By the late ’90s, the way listeners were exposed to new music primarily happened through two discovery channels: radio and television. After the Telecommunications Act of 1996, these channels became consolidated, and songs that were not already certified platinum essentially lost their place in mainstream media. iHeartRadio, alone, ramped up to 858 stations, and all other major local TV outlets rolled up into a handful of media conglomerates. Tastemakers, in the form of DJs and VJs, were all employees of these outlets and often had to walk the corporate line.

Needless to say, this unprecedented level of control over discovery channels and tastemakers created a narrow gauntlet through which only the most well-funded acts (and usually the ones that were owned by these same conglomerates) could succeed. This was a very lucrative model for the recording industry, and this model depended entirely on this control of the entire value chain — from recording to manufacturing to distribution to retail.

The Napster peer-to-peer (P2P) revolution that began in 1999 was borne out of the constant clampdown on innovation and the consolidation of the years previous. The new, vastly portable MP3 format (which challenged the highly-controllable and high-margin compact disc) combined with peer-to-peer sharing of vast libraries of unknown bands and genres completely disrupted how music was acquired and consumed outside of the regulated channels.

Naturally, the revolution was quashed with the help of law enforcement agencies, with the four major companies — Sony, Universal, Warner Bros. and EMI — suing Napster. As these former giants limped into the 2000s, the internet era also introduced an insurmountable challenge for them — the loss of their stranglehold on discovery channels and tastemakers.

With a release on the stranglehold, discovery channels and new tastemakers proliferated, and a renaissance for the rest of the music industry was underway. Social media, blogs, YouTube and the overall decentralization of information, democratized discovery and listeners could not get enough of it. The new format prospered precisely because discovery channels (e.g., YouTube, Instagram, Facebook, Myspace) benefitted from independent tastemakers (aka influencers in today’s lingo) creating and curating content and driving traffic to those discovery channels —  a perfect flywheel that accelerated the dissemination of new music.

Lesson: When listeners are able to drink at the firehose of music creation — where there are abundant discovery channels and everyone’s a tastemaker — overall consumption of music goes up and the industry wins as a whole.

Now, after over a decade in the dumps, the recording industry has inched back, carried by the momentum of Spotify’s growth and a universal streaming model. And like the Empire, after the loss of their Death Star, they’re back with a vengeance. Old habits die hard, and the industry is at it again trying to blur the lines between discovery channels and tastemakers.

With replenished pockets, media giants are saturating the market again with ad spend and buying up what they can. With the rise of streaming, which cleverly combines distribution with method of consumption (before you could buy a Warner Bros. CD and listen to it on a Sony Discman), lots of discovery now ends up happening on those same DSPs. With this level of power and control comes much responsibility.

Spotify, which has, up until now, won in the DSP arena, redefined the space by creating a great user experience and finding a business model that (incredibly) got all the majors to play ball. At first, Spotify leveraged the social aspect of sharing playlists among friends, with individuals as the tastemakers at the center of music discovery on the platform.

As time progressed, however, human-centered curation has been diluted with the introduction of algorithmic playlists. Not all algorithms are objective. Are these playlists the recording industry’s new way of promoting certain artists under the guise of artificial intelligence?

Being an optimist, I am a firm believer that great music, like the human spirit, cannot be held down. Whether it is through decentralized blockchain applications, or DSPs that choose to have human curators at the center of their UX, discovery channels will continue to be created faster than they can be bought up, and tastemakers will rise faster than they can be silenced.