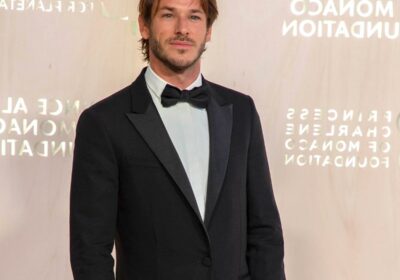 Gaspard Ulliel, the French actor who was best known for his roles in Hannibal Rising and A Very Long Engagement, has sadly passed away at the age of 37 following a terrible skiing accident.

According to the Agence France-Presse news agency, he was transported via helicopter to a hospital in Grenoble, France, on Tuesday after suffering from a head injury on the slopes in the Savoie region of the Alps. According to early reports, Gaspard collided with another skier at the intersection between two blue slopes; the actor was unfortunately not wearing a helmet and thus suffered severe head trauma — while the other skier walked away with no major injuries.

Unfortunately, Ulliel’s family revealed through his agent on Wednesday that he later succumbed to his injuries. The star leaves behind a 5-year-old son as well as his longtime girlfriend, Gaëlle Piétri.

When the news of his death broke, French Prime Minister Jean Castex honored Ulliel in a post on Twitter Wednesday. People reports that he expressed in French:

“Gaspard Ulliel grew up with cinema and cinema grew with him. They loved each other madly. It is with a heavy heart that we will now see his most beautiful interpretations and meet this certain look. We are losing a French actor.”

In case you didn’t know, Ulliel started his acting career at a young age and starred in several made-for-television films during the 1990s and early 2000s. He recalled his passion for the craft at the time to IndieWire back in 2011:

“It was around 11 or 12 that I started acting. I then became interested in cinema as an art form. I think I developed little by little a real passion for movies, not just acting. For all those years, I was more attracted to being on set, working on set than being on a stage. I’m a bit changed today. I think as an actor, the stage would be such an amazing experience.”

“After high school I decided to go to film school. When you’re so passionate about cinema, the idea to direct your own film is really appealing. That was what I wanted to do at that time and at the same time I was getting more and more offers to act in film. So I decided to stop those studies and give it a chance as an actor.”

He soon landed his breakout performance in the title role in the 2007 movie Hannibal Rising. The father of one also starred in many French films, including Saint Laurent, It’s Only the End of The World, and A Very Long Engagement. He won two César awards – the French equivalent of an Oscar – for most promising actor in 2004 after working on A Very Long Engagement and later for best actor in 2017 for his part in It’s Only the End of The World.

As a model, Ulliel served as the face of the men’s fragrance Bleu de Chanel and fashion brand Longchamp.

Before his passing, Ulliel landed a starring role in the upcoming Disney+ series Moon Knight, alongside Oscar Isaac and Ethan Hawke. He will portray the role of Anton Mogart/Midnight Man on the highly-anticipated show set for release on March 30. You can take a look at the trailer, which was just released two days ago, below:

Our hearts go out to his loved ones as they mourn this tragic loss. Rest in peace, Gaspard.