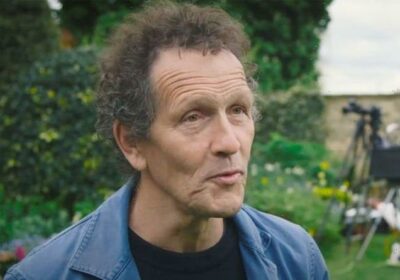 The green-fingered genius returns to screens tonight as he basks in the colours of late summer at Longmeadow. The BBC Gardeners’ World team will also be joined by an inspirational woman who lost her sight as a child but has gone on to tend a majestic garden. Monty was recently accompanied by Camilla, Duchess of Cornwall, at Longmeadow’s sprawling garden, the royal sharing her love of gardens with viewers.

She chatted about what she most enjoyed growing as they explored the Jewel Garden.

Monty has presented Gardeners’ World from his Herefordshire home since 2011, having joined the lineup in 2003.

He became something of a global sensation during lockdown, turning gardening into an escape for millions stuck at home who were lucky enough to have a green space to work on.

While Monty enjoyed a relatively peaceful lockdown – save for the tragic death of his beloved Labrador, Neil – things haven’t always been plain-sailing.

In 2008, the star woke one morning feeling unusually ill.

Speaking to The Guardian in 2009, he revealed that he was, in fact, having a stroke.

But, characteristic of his no-nonsense approach to life, he dismissed and ignored the pain.

He said: “I was so exhausted I did not know whether I was coming or going.

“I remember waking up feeling strange and dizzy and saying to Sarah, ‘God, something funny is happening; I may be having a stroke’.

“We weren’t thinking: this is a disaster. I said: ‘Hang on, I can move my fingers.’

“I remember thinking: Oh, get a grip, you’re fine.”

However, the spells of dizziness persisted.

After being urged to visit the hospital by his family, a neurologist confirmed he had suffered a minor stroke.

Coming within death’s grasp led to a period of reflection.

One meditation was the realisation that he wanted to one day become a grandfather, but acknowledged he was running out of time.

He told Radio Times in 2016 that “my children tell me I’m much too indulgent with Nellie (his other labrador), so perhaps when the time comes I shall treat grandchildren the same way, like very favoured dogs.

“There is no immediate prospect of grandfatherhood that I’m aware of, but I’d really like to have small children around again.

“I’d be less cross about things that there’s no need to be cross about. And I can always hand them back.

“Most problems in parenthood are to do with exhaustion, trying to do six things at once.”

Monty has since welcomed a single grandchild, a boy, George Jack Don, in 2019.