Home » Celebrities » Mischa Barton Opens Up About Being Sexualized as a Teenager: 'I Was Still a Virgin' 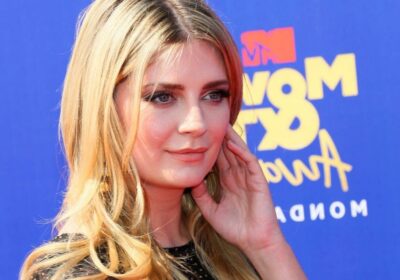 It’s no secret Hollywood can be a challenging place for young people. Mischa Barton is one actor who entered show business when she was a child. Unfortunately for Barton, working in Hollywood meant taking on mature roles as a teenager, which, as she now admits, left her mentally unwell.

When Barton was in elementary school, she started her acting career by appearing in off-Broadway productions in New York City.

Barton moved on to the big screen when she was a tween, appearing in films like Lawn Dogs (1997), Notting Hill (1999), and The Sixth Sense (1999), and Pups (1999). In a recent essay for Harper’s Bazaar, Barton recalled how being in some of these films affected her sense of self.

“It was for Pups that I had my first kiss on screen and in real life, in front of an entire crew,” Barton wrote. “My character had her first period in one scene, something I hadn’t even experienced in life yet. The movie blew up in Asia, and I became a strange sex symbol over there. I was 13.”

Mischa Barton talks about being a virgin while on ‘The O.C.’

Barton gained more attention in the 2000s when she starred on the hit show The O.C. as rich girl Marissa Cooper. At the time of its premiere, Barton was “18 years old and fresh out of high school.”

The O.C. featured many mature story lines involving sex. Barton admitted she had never had sex when she began filming, but there was a pressure to live up to her character’s image.

“Here, I was playing a confident character who was fast and loose and yet I was still a virgin,” Barton said. “The kids in the show were quintessential rich, privileged American teenagers drinking, taking drugs, and of course having sex. I knew it was important to get this thing – my virginity – that was looming over me, the elephant in the room if you will, out of the way.”

Barton shared that she had concerns about her ability to play Marissa if she had not had similar experiences to her character.

“Did I ever feel pressured to have sex with someone?” she continued. “Well, after being pursued by older men in their thirties, I eventually did the deed. I feel a little guilty because I let it happen. I felt so much pressure to have sex, not just from him, but society in general.”

Mischa Barton is more ‘in control’ of her sexuality now

Barton has since come to understand the media landscape she became famous in, and she believes things have changed for the better.

She said, “It’s extremely important to recognise the hope in this MeToo era… Today there is more focus on encouraging girls to protect their own bodies and show them as they see fit from the outset.”

Fortunately for Barton, she has also been able to regain control of her sexuality.

“From the teenage girl who did a lot of her sexual firsts in front of the world, her first kiss, her first period, her first sexual experience, I have finally learnt what it means to be in control of my own sexuality,” she wrote, adding, “The more we talk about what we’ve done to generations past… the sooner we can protect our young women and learn from our mistakes as a society.”