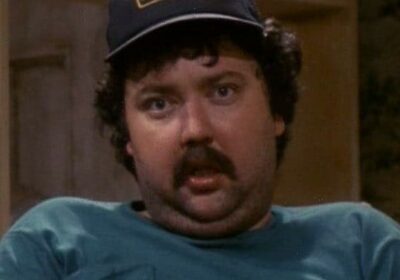 Mike Hagerty, a long-time actor who portrayed memorable characters on such TV shows as Friends and Somebody Somewhere, has passed away.

Hagerty’s friend and former costar, Bridget Everett, broke the unfortunate news of his death in a post shared on Instagram earlier today.

“With great sadness, the family of Michael G. Hagerty announced his death yesterday in Los Angeles,” she wrote alongside a montage of pictures of the star, adding:

“A beloved character actor, his love of his hometown of Chicago and his family were the cornerstones of his life.”

No cause of death has been revealed.

Concluded Everett in her message:

“Mike, a devoted husband, is survived by his wife Mary Kathryn, his sister Mary Ann Hagerty [and] her wife Kathleen O’Rourke, and their daughter Meg. He will be sorely missed.”

On the HBO comedy Somebody, Somewhere, Hagerty playedd farmer Ed Miller, the father of Everett’s character.

For its part, HBO also released a statement in response to Hagerty’s death. It reads:

“We are very saddened to hear about the sudden passing of Mike Hagerty.

“A member of the HBO family for many years, his most recent role as Bridget Everett’s father in ‘Somebody Somewhere” showed his special talent for bringing heart to a performance.

“Mike was a joy to work with and brought warmth and kindness to all who knew him. We send our deepest condolences to his family and friends.”

Over the course of his impressive career, Hagerty appeared in numerous films and a multitude television programs, including:

Many fans took to social media to express their sorrow for Hagerty’s passing on Friday, while ABC-7 reporter Richard Roeper wrote on Twitter:

“Sad to hear of the passing of Second City stalwart and character actor Mike Hagerty, recently seen as the dad on ‘Somebody Somewhere’ on @HBO. Mike had the classic Chicago mustache and accent, and a natural onscreen presence.

“He always came to play.”

Sarah Jessica Parker also had the following to say on Instagram:

“No. No. No. no. Oh terrible loss and k will miss him on your show. Heartbreaking. Admired him for years.”

Hagerty’s death was first reported by entertainment journalist Will Harris.

May he rest in peace.

Celebrities Who Died In 2022: In MemoriamStart Gallery