Home » Celebrities » Michelle Williams Is in Talks to Star in Steven Spielberg Movie Based on His Life!

Michelle Williams Is in Talks to Star in Steven Spielberg Movie Based on His Life! 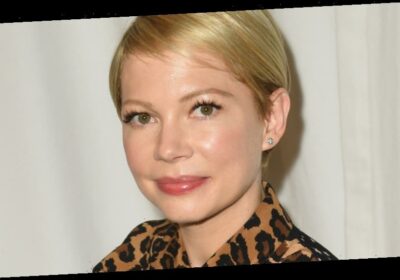 Michelle Williams might be working with Steven Spielberg soon!

The 40-year-old actress is “in talks” to star in an upcoming untitled picture directed by the Jaws director, Deadline reported Tuesday (March 7).

“Sources tell Deadline that Spielberg is coming on to direct an untitled pic at Amblin Partners that is loosely based on his childhood growing up in Arizona. Insiders add that Michelle Williams is in negotiations to star in a major role inspired by his mom but with a separate and original voice,” the outlet reported.

This will mark the first time that Steven will also participate in screenwriting, and he will co-write with Tony Kushner. The film is set to film this summer, and expected to be released sometime in 2022.

This will mark the first time that Steven has ever told the full story of his early years.

“By the top of 2021, he made the decision to tell his story on the big screen and began talking with talent about who would take part in the project, with Williams ultimately blowing him away after recent meetings,” Deadline went on to report of the potential casting.

Michelle Williams is also attached to play a famous person from the past in an upcoming biopic!