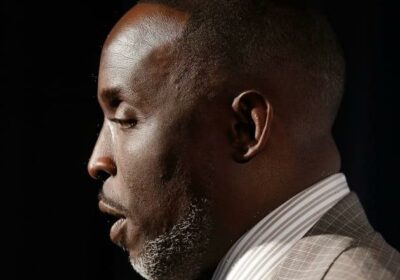 Just over two weeks since Michael K. Williams passed away, we’ve learned the official cause of death for the beloved actor.

On Friday, September 24, the New York City of the Chief Medical Examiner confirmed to various outlets that the veteran star succumbed to acute intoxication from the “combined effects of fentanyl, p-fluorofentanyl, heroin and cocaine.”

Williams died of a drug overdose.

It’s worth noting that Williams’ manner of death is listed as accidental — and the OCME declined to comment further on the investigation.

Over the years, Williams had been very open about his struggles with addiction, especially during the time when he was playing his breakthrough role of Omar Little oon HBO’s critically acclaimed crime drama The Wire.

At one point, Williams described this period as one of doing drugs “in scary places with scary people.”

“I was playing with fire,” Williams told the New Jersey Star-Ledger in August 2012.

“It was just a matter of time before I got caught and my business ended up on the cover of a tabloid or I went to jail or, worse, I ended up dead.

According to Page Six, Williams was discovered earlier this month in the living room of his Kent Avenue residence in his Brooklyn by his nephew.

The tragedy took place two weeks before the star was set to attend the 2021 Emmy Awards in honor of his nomination for Outstanding Supporting Actor in a Drama Series for his role on Lovecraft Country.

The honor ultimately went to The Crown’s Tobias Menzies, who dedicated his Emmy win to the late actor.

Prior to declaring the result, meanwhile, presenter Kerry Washington took a moment during the ceremony to recognize the “brilliantly talented” Williams.

“Michael was — so crazy to say, was — a brilliantly talented actor and a generous human being who has left us far too soon,” Washington said on stage.

“Michael, your excellence and artistry will endure. We love you. I know you are here because you wouldn’t miss it.”

In a 2020 interview with Men’s Health, The Wire cast member spoke candidly about turning to foreign substances as an adolescent … and relapsing after shooting the first season of the aforementioned program.

Speaking to the publication just last year, Williams said that he was “plagued” at a teenager by his sensitive personality, explaining:

“It was one of the things that led me to attempt suicide. I was 17. I was lost. I was very awkward with the ladies. Drugs were there.

“And I was already self-medicating. And I just got lost. I just remember feeling like, ‘Eh, maybe the world will be better off without me.’

“And I took a bottle of pills, woke up to my stomach being pumped.”

All these years later, while working to stay on the wagon, Williams admitted playing Montrose Freeman in Lovecraft Country “woke up a lot of demons,” which led prompted him to enter therapy.

He said at the time:

“You know, as people of color in Hollywood, entertainment, a lot of times we don’t pay attention to the fact that we sell trauma.

“Some of our most wanting work is rooted—most of the time—in pain and trauma.”

Celebrities Who Died In 2021: In MemoriamStart Gallery

As for how he turned things around prior to this awful ending?

In a July 2016 episode of Fresh Air, Williams told NPR’s Terry Gross that he eventually turned to a New Jersey church for assistance.

He said that he had learned to turn to prayer and meditation when he needed to separate himself from his character, which had been a challenge for him for a very long time.

“[When] The Wire and the character of Omar ended, I had zero tools, personally speaking, in how to deal with letting that go,” he said.

“I wasn’t going around robbing people or anything stupid like that, but I definitely wore that dark energy that Omar was — he was a dark soul, a tortured soul — and I just … lived in that and that’s what people was attracted to…

“The lines got blurred.”