Prince Harry and Meghan Markle are creating a new relaxed branch of the monarchy. Here are 7 times the royal couple have broken protocol.

Meghan Markle’s nephew Tyler Dooley has revealed he thinks her half-brother and sister are an “embarrassment” to the family.

The 26-year-old said his dad, Thomas Markle Jr., and his aunt, Samantha Markle, have sold Meghan out.

Speaking to The Sun Online, Tyler, who is appearing on MTV’s "The Royal World," said: “It was never like we had a super tight-knit family before to be honest.

“But the fact that now the whole world gets to see how my father or Aunt Samantha behaves, it is like an open wound for everyone to see.

“That's the hardest part, the fact that there is no privacy. It is hard to deal with. It is embarrassing and sad all at the same time.

“My father and Aunt Samantha have sold my grandfather out, sold my family out, sold Meghan out. It has been hard to deal with.” 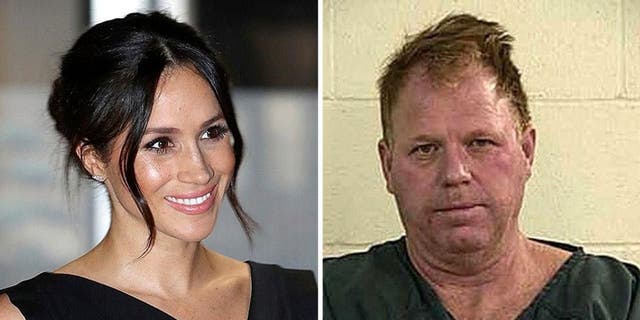 The dad of two is said to work as a window fitter in Oregon and has previously had run-ins with the law. Thomas Markle Jr. was arrested last January for allegedly holding a gun to a woman's head during a drunken argument. He was later charged with menacing, pointing a firearm at another person and unlawful use of a weapon.

Tyler is now estranged from his dad and works as a cannabis farmer in Oregon, which legalized it in 2015 for recreational use.

“The only family I have left now are my mom, brother and grandfather," he said. “We are still close and fine but for the rest of my family, their lives are lived out in the tabloids and that is the hardest thing.

“I have to read what's going on in my family in the news because I don't even speak to them.”

Tyler claims to have last spoken to Meghan about three years ago and revealed what it was like growing up with her as an aunt.

He said: “We were all kids. Meghan was closer in age to me and my brother than to her own siblings.

“We grew up having a normal American family and life.”

Tyler may not speak to his dad, but he is extremely close to grandad Thomas Markle, who he describes as a “loving teddy bear”. 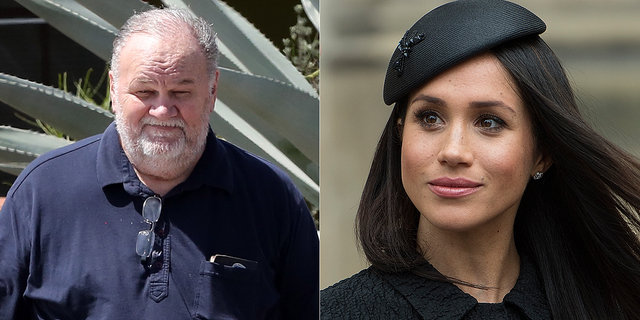 The reality star said: “I speak to my grandfather nearly every day. I would love to speak about what he is really like as a person.

“He always made every holiday special. He always went above and beyond and brought the joy at birthdays and Christmas.

“He is a very kind man and showed us all a lot of love. Even more for Meghan. He bent over backwards for her.

“He was a very good parent. Whether that contradicts reports that are out I don't care, because I can tell you on record he is a very kind, caring, loving person who adores Meghan.

“I would stand by that every day of the week.”

Since joining the royal family, Meghan’s own relationship with her dad has been strained.

Thomas previously told The Sun how he was being shunned by his daughter following her wedding to Harry.

And Samantha Markle has also ruffled feathers in recent months with her explosive TV interviews although, according to Tyler, she and Meghan haven’t been close for years. 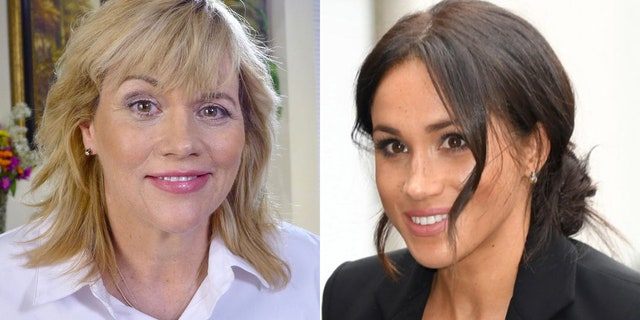 He said: “Meghan has always been a hard worker. I know she focused on her passion and trying to make a name for herself.

“She was a young girl with big ambitions. She wanted to make history. It was like me when I went to college. It wasn't that I didn't want to talk to my family. I just didn't want to be distracted.

"I don't know exactly what has gone on but there's no justifications for Samantha's actions. You can't justify what any of them have done.”

Tyler may not be a big supporter of Samantha, but he gushed about Prince Harry.

Tyler said: “I am a fan of Prince Harry. It is strange because we were brought up on Princess Diana and the boys.

“Their whole lives were sensationalized over here.

“They are a huge household name. I see a lot of similarities between me and Prince Harry.

“He is a normal down-to-earth guy and I love that about him.”

Tyler, along with the rest of Meghan’s family, excluding mom Doria Ragland, were missed off the invite list to her wedding in May.

Despite this, Tyler doesn’t rule out meeting Meghan and Prince Harry’s baby, which is due in spring next year.

He said: “Time will tell. I have no expectations to be honest. I'm just going to let things work out as they should and have faith it will all be OK.”

Tyler is currently starring in "The Royal World," which features a bunch of young royals and aristocrats living together in the English countryside.

Speaking of his fellow cast members, Tyler said: “My first impression was, 'We couldn't be more different.'

“We were from completely different backgrounds and cultures. We lived together for so long that by the end I realized we are all the same.

“We are all great people and we had a lot of similarities I didn't think was possible.

“We have all become lifelong friends from doing the show, which I never expected.”

Unlike some of the privileged people on the show, Tyler didn’t have a lavish, wealthy upbringing, but said this didn’t stop them from becoming friends.

He said: “They are just normal people. People that have money or titles die just the same. They can't take it with them.

“The only things we die with are the memories of who we were.

“So long as you are a good person. That's the important thing in life. And that was the same on the show. I know I am a good person.

“I am an open, big-hearted guy and they saw that straight away.”

Host of the show, Archie Manners told Fabulous Online Tyler will lift the lid on his royal aunt in scenes that will make viewers "reassess" their opinions on the Markle clan.

"I was initially surprised he agreed to do it," said Archie. "I thought it was great for the show but I also thought, 'Haven’t the Markles gone through enough?'"

"But Tyler does present another side to the Markle saga.

"This is a family that came from nowhere [and] was thrust unwillingly into the limelight.

"They got things wrong, of course they did [but] maybe they weren’t given enough support from wherever.

"Viewers will see a different side to the Markle family and they’ll see that they’re actually human beings."

"The Royal World" airs every Wednesday at 10 p.m. on MTV.

This article originally appeared in The Sun.