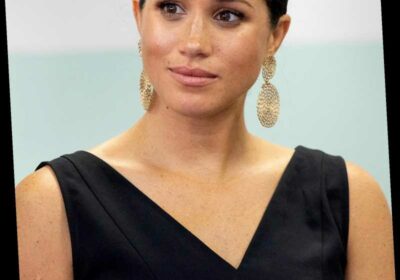 Meghan Markle's lawyers returned to court on Tuesday to seek a summary judgment – a legal step which would see her case against Associated Newspapers resolved by a judge's ruling as opposed to a full trial.

Meghan, 39, is suing the Mail on Sunday's publishers Associated Newspapers for invasion of privacy, infringement of data protection rights and copyright infringement for printing extracts of what her lawyers described as a "private and confidential" letter sent to her father, Thomas Markle, in August 2018 — three months after her wedding to Prince Harry.

In October, Meghan won her bid to have her trial, which was originally scheduled to start on Jan. 11, pushed back to the fall of 2021. Justice Warby said his ruling was based on "confidential grounds" submitted by Meghan's legal team during a closed hearing. A trial would potentially set Meghan up against her father in a courtroom in London. But a trial will not be necessary if they win their argument this week for a summary judgment.

During the virtual hearing on Tuesday — the first of a two-day proceeding — a previously unpublished line from the five-page letter she sent her father was read aloud: "I ask for nothing other than peace and I wish the same for you."

Speaking to the judge, Justice Warby, remotely, Meghan's attorney, Justin Rushbrooke, argued that a summary judgment should be allowed because there is "no real prospect" of Associated Newspapers winning the case.

RELATED: Meghan Markle's Legal Case Against the Mail on Sunday: Everything You Need to Know He added that Meghan's letter was "intrinsically private, personal and sensitive" and that printing extracts of the letter constituted "a triple-barrelled invasion of her privacy rights."

It was "a heartfelt plea from an anguished daughter to her father," Rushbrooke continued.

In filed court documents from her legal team, Meghan's letter was categorized as an emotional attempt to prevent her father from talking to the media.

"It is as good an example as one could find of a letter that any person of ordinary sensibilities would not want to be disclosed to third parties, let alone in a mass media publication, in a sensational context and to serve the commercial purposes of the newspaper," reads the court documents.

"The act of writing a personal letter to a close family member, lover or friend inevitably puts the writer in an unguarded and potentially vulnerable position because the words chosen and the way in which the writer chooses to express him or herself are for the recipient and no one else." White added that there were a number of "significant factual matters" which needed to be investigated at trial "in relation to the circumstances in which the letter was written and the extent to which she (Meghan) had disclosed information about the letter with a view to publication."

"There are now on the record a number of inconsistent statements made by her that she will need to explain," he continued.