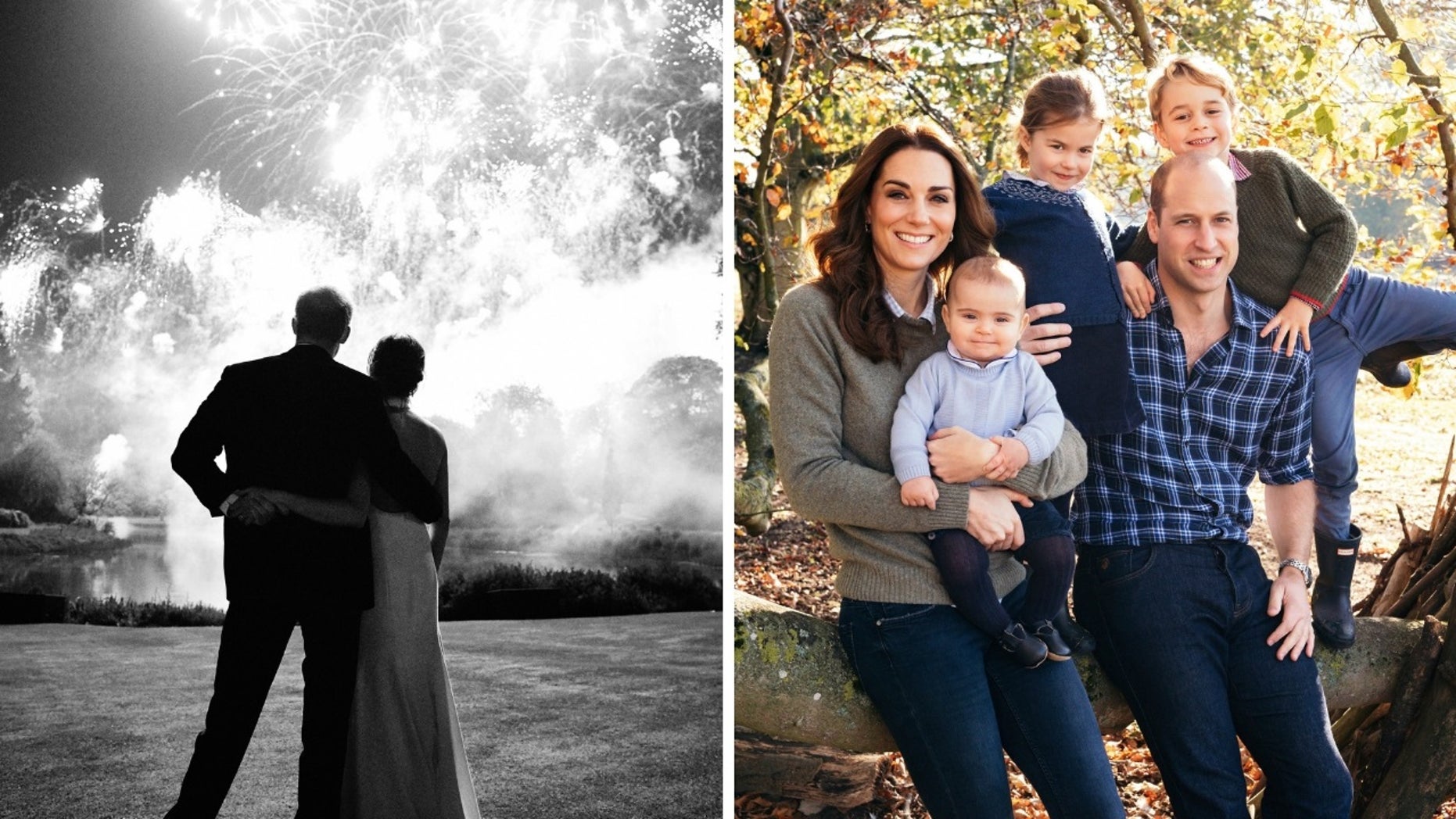 ‘Tis the season for Christmas card photos and the British royals did not disappoint.

The Kensington Palace released a black and white photo of Prince Harry and Meghan Markle on their wedding day. The shot, taken from behind, shows the couple staring at a full sky of fireworks.

“The Duke and Duchess of Sussex are delighted to share a new photograph from their Wedding Reception at Frogmore House on 19th May,” the Kensington Palace tweeted Friday. “The photograph, which features on Their Royal Highnesses’ Christmas card, was taken by photographer Chris Allerton.”

Markle was wearing her Stella McCartney reception dress in the photo while cradling her arm around her husband’s waist. The couple is expecting their first child in the spring.

Meanwhile, the palace tweeted the adorable family photo of Kate Middleton, Prince William, with their children; George, Charlotte and Louis. The family is casually posing on a tree branch on a sunny day.

“The photograph, taken by Matt Porteous, shows The Duke and Duchess with their three children at Anmer Hall, and features on Their Royal Highness’ Christmas card this year,” the Kensington Palace tweeted.

On Christmas, the British royals will spend the day at Sandringham Estate in Norfolk, United Kingdom, with Queen Elizabeth II, People reported.