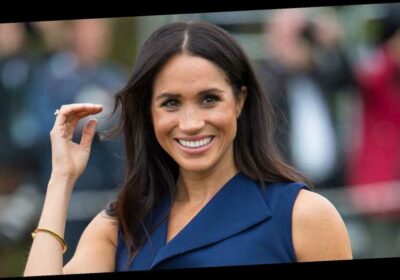 Meghan Markle already has plans to pass a keepsake down to her daughter. And let's just say, the kid has good taste.

During the explosive Oprah Winfrey interview last Sunday, Prince Harry and Markle revealed that they are having a girl. We're hoping she inherits her mother's impeccable fashion sense — and she's already got a head start because Meghan has a very special heirloom she's always planned to pass down to her daughter.

In a 2015 interview with Hello magazine, Markle told the publication that in celebrating her show Suits being renewed for another season, she splurged on a Cartier watch with the hopes of giving it to her daughter one day. "I've always coveted the Cartier French Tank watch," she explained. "When I found out Suits had been picked up for our third season — which, at the time, felt like such a milestone — I totally splurged and bought the two-tone version."

She even got the watch engraved with a special message. "I had it engraved on the back, 'To M.M. From M.M.' and I plan to give it to my daughter one day," she said. "That's what makes pieces special, the connection you have to them."

So now that the Duchess of Sussex is pregnant with a girl, she'll have someone to pass the watch down to. Of course, the Sussexes are both excited to be having a girl.

"Grateful, having any child, any one or a two would have been amazing, but to have a boy and then a girl … now we've got our family and we've got four of us," Harry told Oprah.

The two first shared the news that they were pregnant on Valentine's Day with a gorgeous black-and-white photo shot by their friend and photographer Misan Harriman.