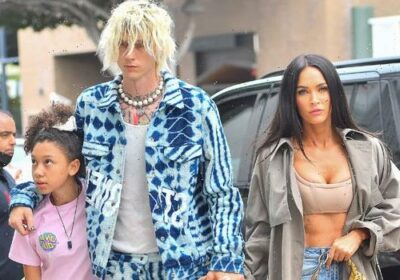 Megan Fox looked gorgeous in a tan crop top under a khaki coat and jeans as she held Machine Gun Kelly’s hand during their outing at the Wild Rooftop Concert in Venice with his daughter Casie.

Megan Fox, 35, and Machine Gun Kelly, 31, appeared to have a fun day recently when they were spotted taking his daughter Casie, 11, out to dinner in Venice, CA. The trio was photographed walking outside as they visited Wild Rooftop Concert in stylishly casual outfits. Megan wowed in a tan crop top under a long khaki-colored coat, light blue jeans that were ripped at the knees and purple patterned platform heels. 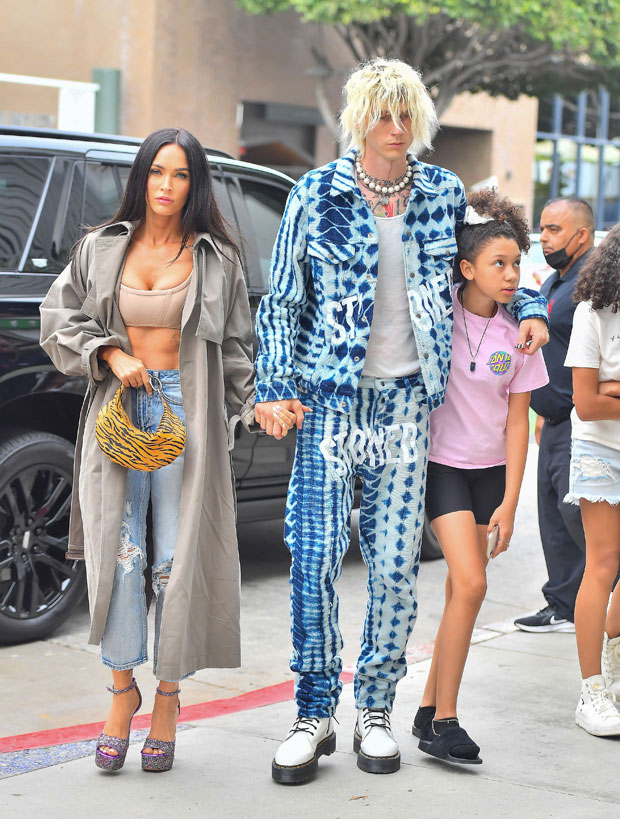 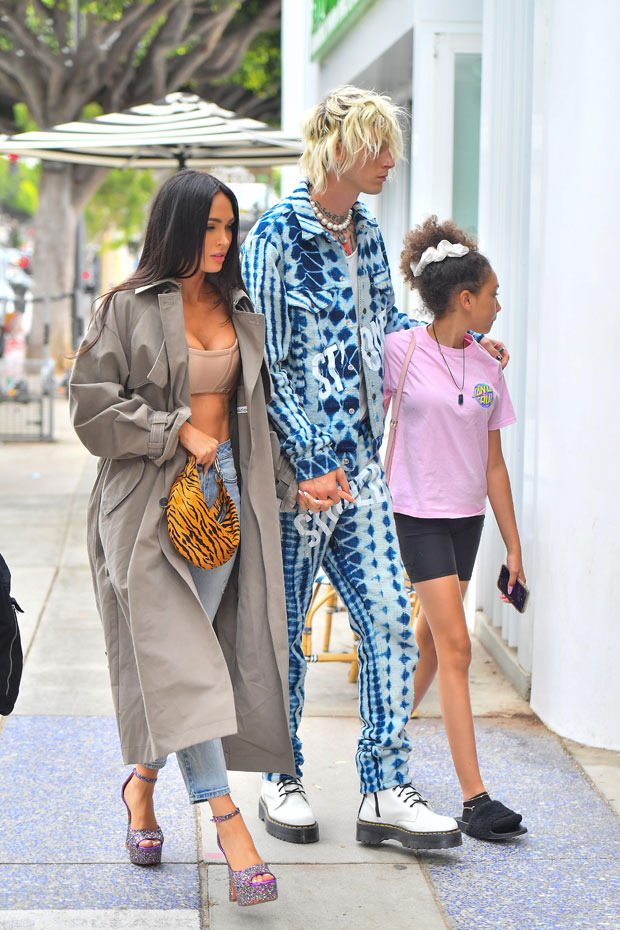 In addition to showing off fashionable clothing on the outing, the actress, singer, and pre-teen showed off their bond by staying as close as could be. Megan and MGK made sure to hold hands as they walked beside each other and Casie, whose mother is Emma Cannon, put her arm around her dad as he did the same to her.

A week before their latest dinner with Megan, MGK and Casie were seen enjoying a motorcycle ride together in Studio City, CA. They both rocked tie-dye outfits, including a T-shirt for him and pants for her, and had colorful helmets on that even had “MGK” printed on them. Around the same time, Megan was having some fun of her own at Disneyland, which she documented with a pic on Instagram. Although they weren’t seen in the pic, it’s believed her three kids,  Noah, 8, Bodhi, 7 and Journey, 4, who she shares with ex Brian Austin Green, 47, were with her.

Megan’s dinner date with MGK and Casie proves just how serious her relationship with the musician has become. The couple celebrated their one-year anniversary earlier this year and have seemed inseparable ever since they started dating. A source previously EXCLUSIVELY told HollywoodLife that “they’re more in love than ever” and “are hardly apart.”

“He wants her with him all the time,” the source said. “He’s so much more balanced and so much happier when she’s around, so having her there was a big help for him. She has blended so well into his life. His friends love her. She gets along great with his daughter. Even though things between them moved really fast, this isn’t a case of something that is just lust. They have a deep emotional connection. It’s real love.”