Mark Labbett: The Chase star called out on ‘unacceptable behaviour’ by Anneka Rice Mark Labbett, 54, emerged victorious in a quizzing battle with Strictly Come Dancing 2019 professional Kevin Clifton, 36, in a Celebrity Special of The Chase. The dancer was eliminated from the competition after losing out to the Chaser in the second round. The Beast star’s win was shared by the ITV show’s official Twitter page along with a clip of the dancer looking very disappointed after his defeat. The tweet read: “The face you pull when you are defeated by @MarkLabbett.

I’m throwing down the gauntlet. This is unacceptable behaviour.

Fortunately, Anneka Rice, 60, who will be dancing with Kevin on this year’s series of the BBC programme, quickly came to his defence.

Calling out Mark on his “unacceptable” actions, the presenter furiously replied to the post in view of her 25,000 followers: “How dare Mark!

“I’m throwing down the gauntlet. This is unacceptable behaviour…”

The quizzer didn’t shy away from Anneka’s light-hearted challenge, as he wrote back: “Challenge accepted. You better start studying.”

In spite of Mark’s confident retort, the Strictly contestant was quick to point out a grammatical error he had made in their war of words. 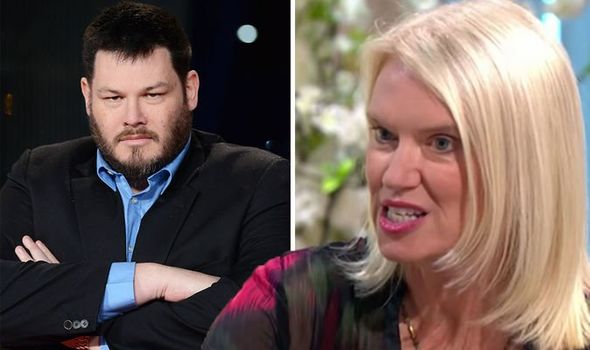 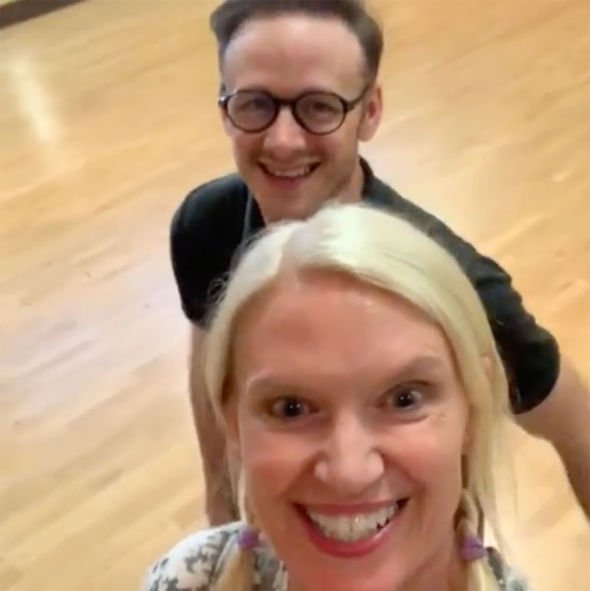 However, the TV and radio personality appeared to backtrack slightly later, as she admitted in a separate tweet: “I now feel slightly scared…”

Anneka and Mark’s mischievous banter over Kevin comes after Jenny Ryan revealed she was “banned” from filming with the ballroom and Latin dancer.

During the Strictly favourite’s stint on the quiz show, The Vixen took to Twitter to suggest she has a soft spot for him.

She wrote: “NB I wasn’t allowed to be the Chaser on this episode as producers wouldn’t risk having me in the same room as @keviclifton [crying with laughter emoji] #TheChase.”(sic) 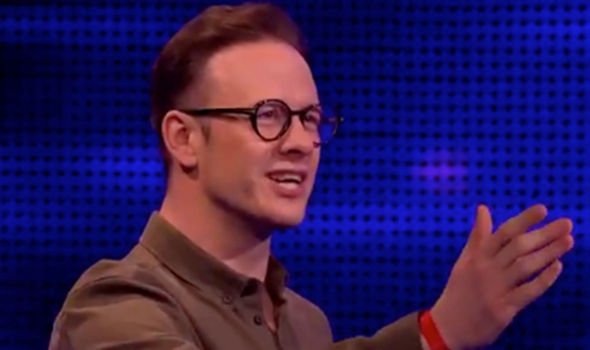 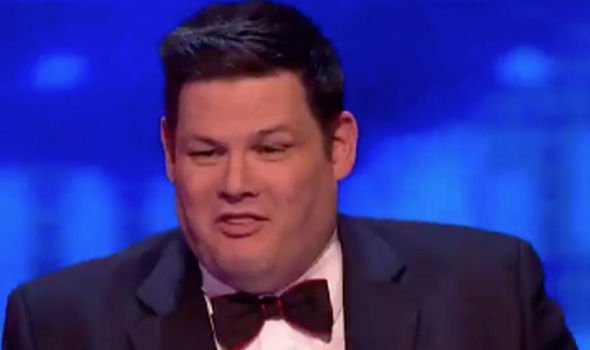 The dancer responded to Jenny’s tweet, writing: “Well I wouldn’t have beaten u either,”(sic) along with a series of emojis.

In the documentary, the Grimsby native admitted he was rejected twice by Strictly bosses before being signed up.

Kevin revealed he didn’t leave a good impression with producers at first, after auditioning with his then partner Karen Hauer, 37, due to his long black hair and dark makeup.

Opening up about his rejection, he told fellow professional dancer Aljaz Skorjanec, 29: “They said, ‘We’d love to take Karen, but not that guy’.”

He joked bosses told him at the time: “We’ve no need for that gothic scarecrow who thinks he’s the rock star of the ballroom.”