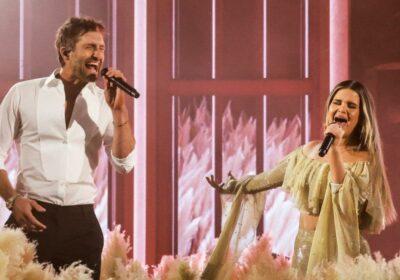 Maren Morris and her husband, Ryan Hurd, had us all in our feels on Sunday night!

The couple performed together for the first time at an awards show at the 2021 Academy of Country Music Awards, belting out a beautiful rendition of “Chasing After You.” Singing from the Ryman Auditorium, Morris walked towards her husband as he stood in what appeared to be a field of pampas grass, reminiscent of the music video for their hit track. The performance was nothing short of ethereal, with the couple looking lovingly into each other’s eyes as they sang.

ET caught up with the couple ahead of Sunday’s award show where they opened up about performing together for the first time. For Hurd, it wasn’t only his first performance with his wife, but his first time on the ACMs stage.

“This is my first ever opportunity to perform at the ACMs, so that for me is really cool and to get to do it with Maren, is even better and it kinda takes all the pressure off it,” Hurd shared. “I don’t know if that adds pressure or takes it off, but I don’t feel very much right now.”

For the new mom, having her husband on stage means she doesn’t have to scan the crowd to lock eyes with Hurd, since he’s right there with her.

“I’m so excited, because typically I’m trying to find him in the crowd if I’m on stage performing,” Morris explained. “I like having somebody that I can make eye contact with, and now it’s like super easy to find him cause he’s on stage with me.”

The song means a lot to the couple who admits they were chasing each other at different times before they finally ended up together.

“That’s why the song feels so right for us, because it kinda feels like that beginning of us and so I know people kinda look at us and they’re like, ‘Oh they’re married and they have a family, what is this, how is this song relevant?’ But it really it is and it was our story,” Hurd explains.

Morris has six nominations at this year’s awards show, including Female Artist of the Year and Single of the Year for her song, “The Bones,” with the singer-songwriter taking home the Song of the Year award for the multi-nominated track.

As ET previously reported, Morris, 31, and Hurd, 34, got married back in 2018, but despite their long musical and personal history, Hurd told ET back in February that he never “expected to do” a song with his wife. The two welcomed their first child together, son Hayes, last March.

“I have always worked with Maren and written songs with Maren. That’s how we actually met, we had a creative partnership before it was ever anything more,” he explained. “This is really fun for me. It feels like a full-circle musical moment. It hasn’t quite hit me yet that we’re actually doing it.”

The recording of the song was “a family affair” for Hurd and Morris, along with producers Aaron Eshuis and Teddy Reimer.

“We recorded all the vocals in our basement, which is crazy to think about these things, like, making hit records where you sleep. It’s nice,” Hurd said. “The whole thing doesn’t even feel real. I don’t know if it’s because of the pandemic, or because we haven’t worked in so long… but it’s odd the journey something like this takes.”

The ACM Awards air live on CBS at 8 p.m. ET Sunday, April 18, as well as live and on demand on Paramount+, from three iconic Nashville venues: the Grand Ole Opry House, the historic Ryman Auditorium and The Bluebird Cafe.

How to Watch the 2021 ACM Awards: Date, Nominees and More

2021 ACM Awards Nominations: All the Biggest Snubs and Surprises 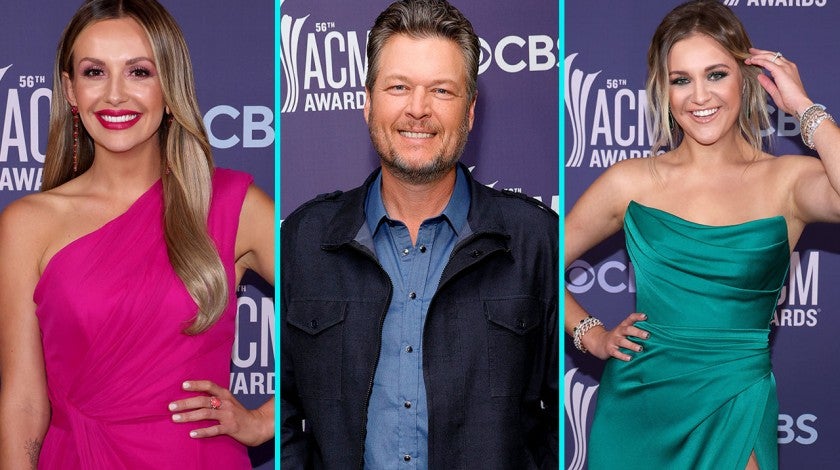