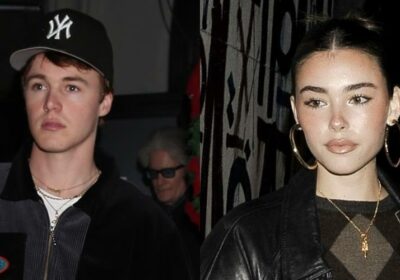 Madison Beer heads to dinner at Craig’s restaurant on Tuesday (November 30) in Hollywood.

The 22-year-old singer was joined for the meal by her boyfriend Nick Austin.

The two were seen out together just a couple of days after she wrapped the North American leg of her Life Support Tour.

“sold out show at the wiltern and that is a wrap on the life support tour north america 🤍 i am still processing all of this and am so so overwhelmed with gratitude and thanks. little madison would never ever fuckin believe what jus happened. thank you,” she shared on Instagram after the last show.

Madison will next perform at Resorts World in Las Vegas at the end of December. She will then head to Europe in March and April for shows in the UK, Germany, France and more!

Head to MadisonBeer.com for a full list of dates and ticket info.

If you missed it, Madison recently released a new song on the Clifford the Big Red Dog soundtrack!