Lucy Mecklenburgh and Ulrika Jonsson among stars basking in heatwave 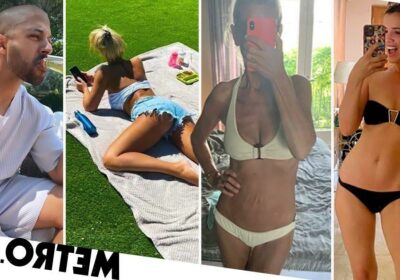 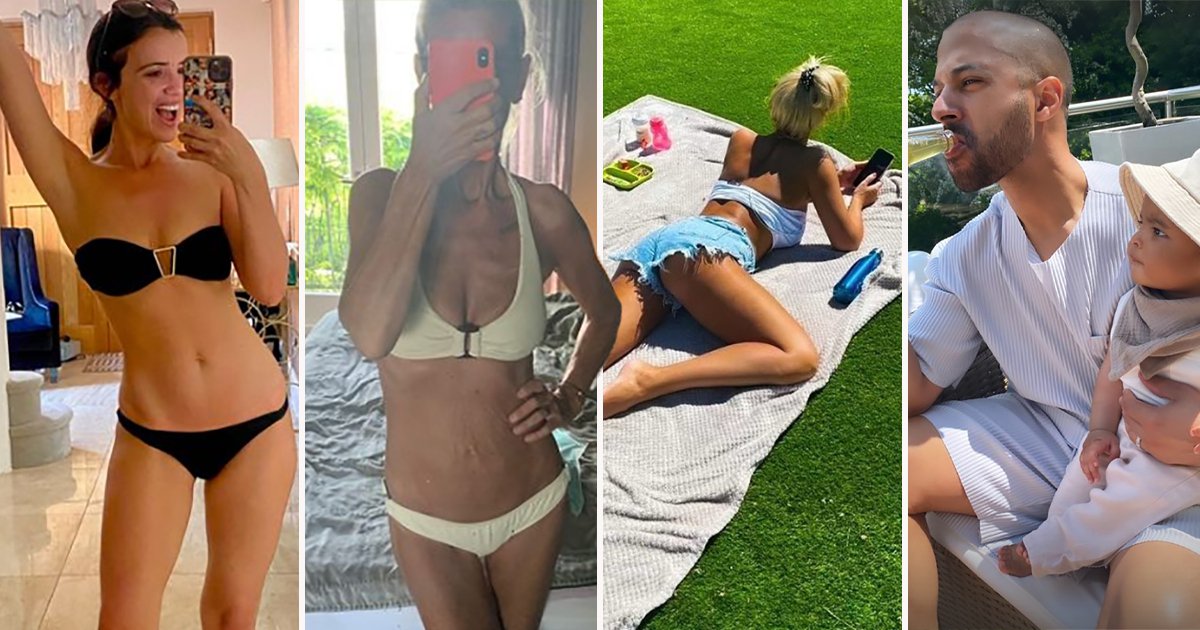 The stars wasted no time basking in the UK’s heatwave today with Lucky Mecklenburgh and Ulrika Jonsson among the celebrities sunbathing in their gardens.

As the Bank Holiday Monday was declared the hottest day of the year, the celebs dug out their bikinis, dusted off the barbecue and popped open the bottles of booze to enjoy the rarity that is warm weather in this country.

Former Towie star Lucy took a selfie posing in her two-piece bikini before hitting the garden. ‘Finally we can sunbathe,’ she captioned the photo which showed her open-mouthed and pulling the most joyous expression.

However, no one was more excited about the heatwave than her son Roman, who was filmed splashing away in a mini paddling pool in the garden. The one-year-old, who Lucy shares with fiance Ryan Thomas, looked adorable as he clapped his hands excitedly in the pool which was filled with balls.

Sharing the reason for his joy, Lucy wrote in her Instagram stories: ‘He did 2 steps and clapped himself.’

The pair were later seen devouring lunch, which included a burger from the BBQ and salad.

Ulrika Jonsson got into the spirit of the heatwave and was seen modelling several swimwear options on her social media.

With each piece, she channelled a different idol such as Dame Joan Collins and Bond girl Ursula Andress. However, the fun was soon over as she later escorted her daughter to the train station as she headed to London for a placement with a family as a nanny.

Paddy McGuinness and his wife Christine kicked off their sunbathing session on Sunday and shared a series of sun-kissed photos of them lounging in their garden.

‘Wishing you all a blessed bank holiday! 😎 Ma needs that Vit D ☀️,’ Christine captioned the post which also included photos of Paddy in a water fight with their children.

Their activities were slightly more PG than the other day when the couple enjoyed a so-called nap mid-afternoon while the kids were out.

Former EastEnders actress Jacqueline also had a blast in the sun today although it looks as though she may have jetted off on a work trip.

The I’m A Celebrity… Get Me Out Of Here winner is rumoured to be in Portugal after sharing photos of herself lounging by a pool, while her daughter was seen eating a packet of Cheetos with ‘futebolas’ on the front.

Meanwhile, Rochelle Humes and husband Marvin headed to a friend’s house for a BBQ with their three children but, between Marv swigging his beer and Blake’s huge smile, it’s hard to tell who had the most fun.