Home » Celebrities » Lili Reinhart Has an LGBTQ+ Period Piece In the Works!

Lili Reinhart Has an LGBTQ+ Period Piece In the Works! 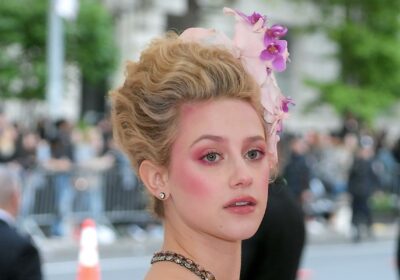 Lili Reinhart is opening up about one of her post-Riverdale projects in the works!

The 25-year-old actress recently revealed she has numerous roles in the works, including a mini-series, and now we’re learning about another one.

While speaking with Buzzfeed, Lili shared that she’s working on an LGBTQ+ period piece with her production company Small Victory Productions.

Get the scoop inside…

“In the last year and a half, I’ve been hard, hard at work developing the projects that I’m going to do after Riverdale,” Lili said. “I’m really trying to set up a slate of things for when the show ends, to jump right into because I know I’ll be ready to dip my feet into all these different projects. I have so many exciting things on the horizon. I just get so excited to think about them.”

If you didn’t know, Lili came out publicly as bisexual back in June 2020.

While she is developing projects for herself, she also wants to amplify more diverse voices and not necessarily just things for her to be the lead in.

“I don’t want a white woman to be the lead role in everything that I do,” Lili told Buzzfeed. “So, I would like to produce projects that are more diverse and aren’t just me as the lead, and tell different stories that I wouldn’t necessarily really have room to be in.”

Find out what Lili Reinhart said about her future roles she’s taking on after Riverdale.