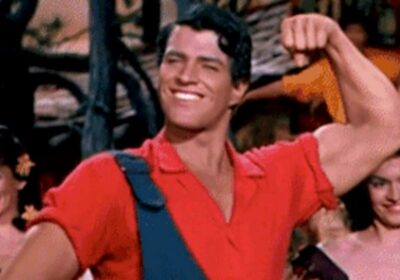 The former college football player, who best known for his role in ‘Li’l Abner’, has passed away at the age of 90, a day after celebrating birthday with family.

The former college football stand-out and actor, who was most famous for playing the lead in “Li’l Abner” on Broadway and on the big screen, passed away on Tuesday (21Sep21) – the day after celebrating his 90th birthday.

His son, Steven, confirmed the sad news on Facebook, writing, “As a family we knew this was coming and that’s why we had such a wonderful celebration of his birthday this weekend. He enjoyed being celebrated by his children, grandchildren, nieces and nephews and friends and extended family. Gonna miss you, Pops.”

Palmer, a football star at the University of Illinois, landed his big break in showbusiness after winning a singing contest while serving in the U.S. Army, which earned him a spot on popular American variety series “The Ed Sullivan Show“.

His performance of “Granada” piqued the interest of Broadway producers Melvin Frank and Norman Panama, who asked him to audition for their “Li’l Abner” musical on Broadway, which opened at the St. James Theatre in 1956.

Palmer also took the title role in the Hollywood musical version in 1959.

He struggled to find work in Hollywood after his breakthrough but continued to star on Broadway in shows like the revival of “Brigadoon“.

He also enjoyed success on U.S. TV in shows like “Custer“, “The Kallikaks“, “The Rockford Files“, “Three’s Company“, “Charlie’s Angels“, and “Dallas“.