Home » Celebrities » Like Shakira, my ex moved on quickly after our breakup – but it was a blessing

Like Shakira, my ex moved on quickly after our breakup – but it was a blessing 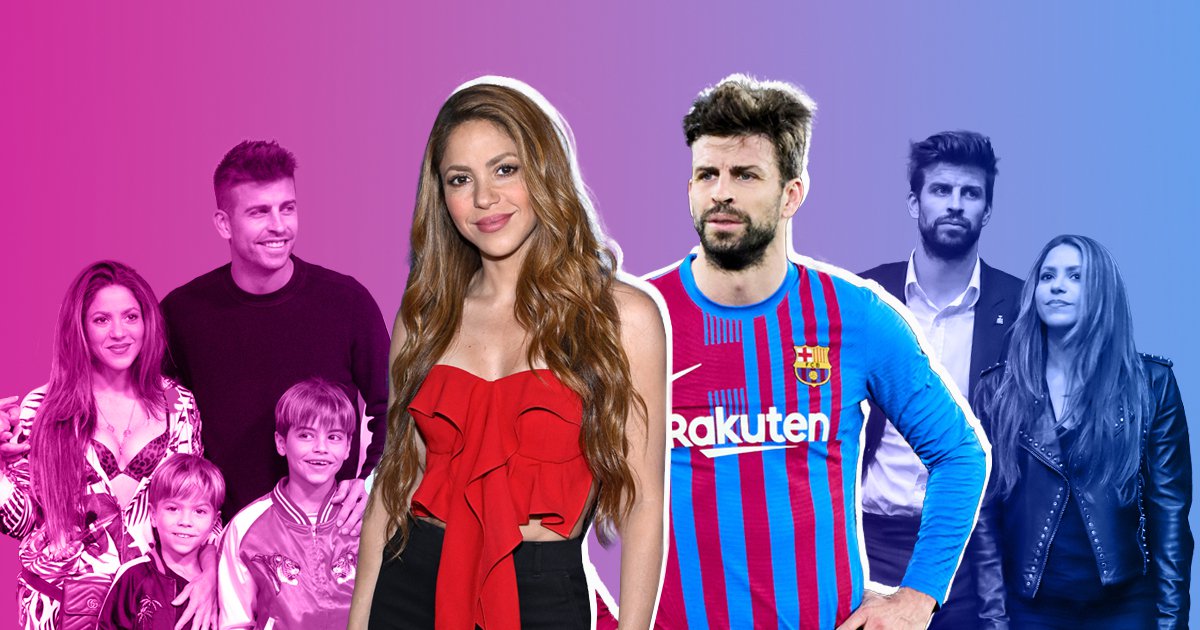 We don’t have much in common, Shakira and I.

She’s a chart-topping pop sensation from Colombia. I live in Norfolk and watch old movies on the sofa with a parrot.

Still, something we totally share, apparently, is appalling luck with men. You’ll have read how poor Shakira recently split up with long-term squeeze, Gerard Piqué.

Worse, the 35-year-old Barcelona defender was spotted canoodling with his new girlfriend Clara Chia Marti, 23, at a festival just months later – the swine.

A source close to the singer revealed she’s reportedly ‘very angry’ with her ex’s public display of affection as they allegedly had a pact between them.

The pair are said to have made a deal to not appear in public with their new love interests in the first year of the breakup.

But Shakira, take it from me love – you’re better off rid of him.

How do I know? I too endured a painful breakup this year. Shakira was with her bloke for 11 years. My man – for want of a better word – and I were together for 12.

I won’t use his real name, so let’s call him Dave*.

Dave and I met at a pub quiz. Dave was nice – chill, funny in a low-wattage way. But over time, cracks in the relationship began to appear. We barely went anywhere together, and he never invited me to live with him, even though he rented a flat in a reasonably cool town.

Whenever the topic came up, a convenient excuse would surface. My favourite? ‘Sorry, I’d love to have you move in, but my housemate renewed our tenancy without telling me so we’ll have to wait another year.’

At the same time, my health was declining, both physically and mentally. My kidneys tortured me with sheer relentless agony, day and night. My mood floundered.

I found it impossible to hold down a job. For years, I languished at home in my parents’ spare room, sinking further down the rabbit hole of prescription painkillers. I wasn’t in a great place.

The other thing about our relationship is that he’d never call me. Except on two occasions, to be fair, when he did pick up the phone.

The first – a few years back – to tell me some terrible news about his housemate. And the other, this past January, to unceremoniously dump me, gracing me with maybe 60 seconds of weak old tosh about how ‘this isn’t working.’

Right after Christmas, too. My mood sank.

I hit rock bottom a week later, when my brother happened to see him on Facebook posting a new profile picture with some random girl. His arm was around her, obviously pleased as punch about his shiny new squeeze. They were an item, so publicly, so soon. And it was so painful.

So yeah, Shakira – I empathise, babes. Seeing somebody you still feel close to apparently doing fine, with another woman is tough.

At least your relationship with Gerard was blessed with beautiful children. However much I might have wanted kids – and I did – a family was never on the cards with Dave.

However, out of nowhere, a silver lining appeared around the dark clouds of our break-up.

About three weeks later, a very good friend sneakily set me up on a coffee date with another old friend – nice lad, guitarist, good job, own place. I’d fancied him back in the day, of course, before being housebound, but it was never the right time.

We hit it off straight away, and I cannot tell you the difference it has made to my life in just a few short months. I’ve now moved in with him – and his parrot – and managed to find a good job, where I’m thriving and likely to do well going forward.

My new man is kind, thoughtful, a great cook, and brilliant with my family. I’m so very lucky.

My health problems, which seemed so intractable for so long before, baffling doctors, have all but melted away. I feel optimistic and lighthearted.

My breakup with Dave was authentically, undeniably, 1000% the best thing that could have happened to me.