Home » Celebrities » Liam Neeson defended by Michelle Rodriguez: 'Racists don’t make out with the race that they hate'

Liam Neeson defended by Michelle Rodriguez: 'Racists don’t make out with the race that they hate' 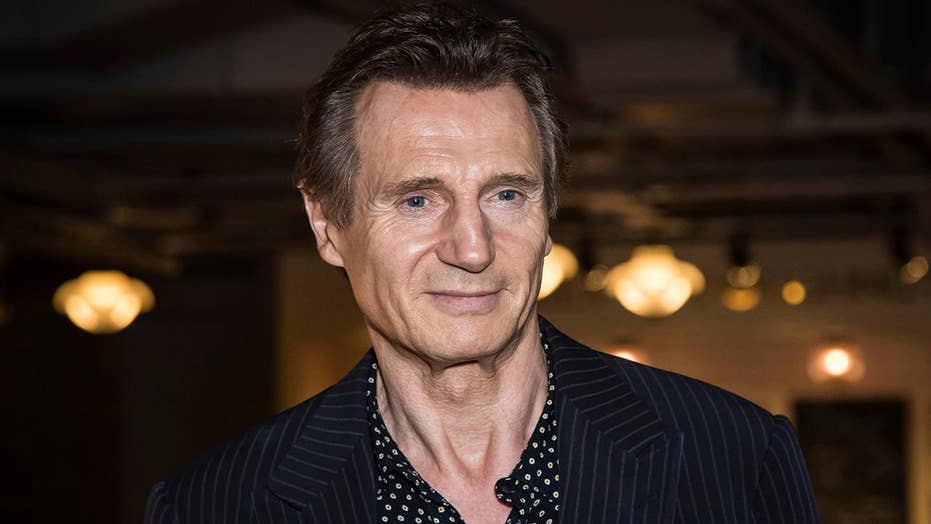 Liam Neeson, the actor who came under fire earlier this week for admitting that he once wanted to kill a black person for revenge, can't be racist because he made out with a black person, fellow actor Michelle Rodriguez reportedly said.

“It’s all f—ing bulls—. Liam Neeson is not a racist," Rodriguez, 40, said at an event in New York on Wednesday, according to Vanity Fair. "Dude, have you watched Widows? His tongue was so far down Viola Davis’s throat. You can’t call him a racist ever."

The actress, who starred in 2018's "Widows" alongside Neeson and Davis, reportedly added: "Racists don’t make out with the race that they hate, especially in the way he does with his tongue — so deep down her throat. I don’t care how good of an actor you are. It’s all bulls—. Ignore it. He’s not a racist. He’s a loving man. It’s all lies.” 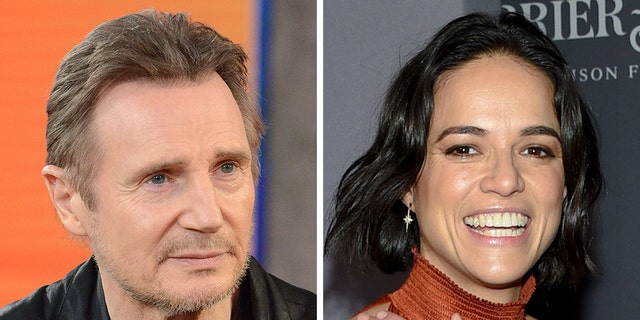 Michelle Rodriguez defended Liam Neeson on Wednesday, reportedly claiming he can’t be racist because he made out with Viola Davis.
(AP Photo)

Neeson, 66, was heavily criticized after he told The Independent while promoting his new film "Cold Pursuit" that he once sought revenge on someone he described as a "black bastard."

The "Taken" star said that decades ago, a female family member told him she was raped, and that his immediate reaction was, "I asked, did she know who it was? No. What color were they? She said it was a black person."

Neeson then described waiting outside of pubs with a "cosh" hoping a "black bastard" would spark an altercation.

"I went up and down areas with a cosh, hoping I’d be approached by somebody — I’m ashamed to say that — and I did it for maybe a week, hoping some [in air quotes] 'black bastard' would come out of a pub and have a go at me about something, you know? So that I could… kill him,” he continued.

Neeson expressed remorse for his thoughts, telling the news outlet: “It was horrible, horrible, when I think back, that I did that. And I’ve never admitted that, and I’m saying it to a journalist. God forbid. It’s awful. But I did learn a lesson from it, when I eventually thought, ‘What the f–k are you doing,’ you know?”

The actor appeared on ABC's "Good Morning America" and "Live with Kelly and Ryan" after his interview went viral, but later reportedly canceled an appearance on CBS' "The Late Show with Stephen Colbert." Lionsgate on Tuesday canceled the New York City premiere of his new movie just hours after he appeared on GMA.