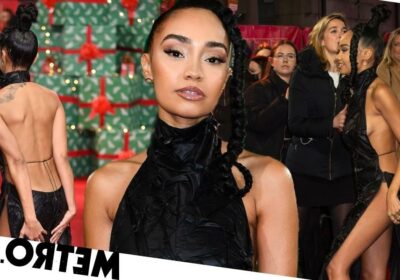 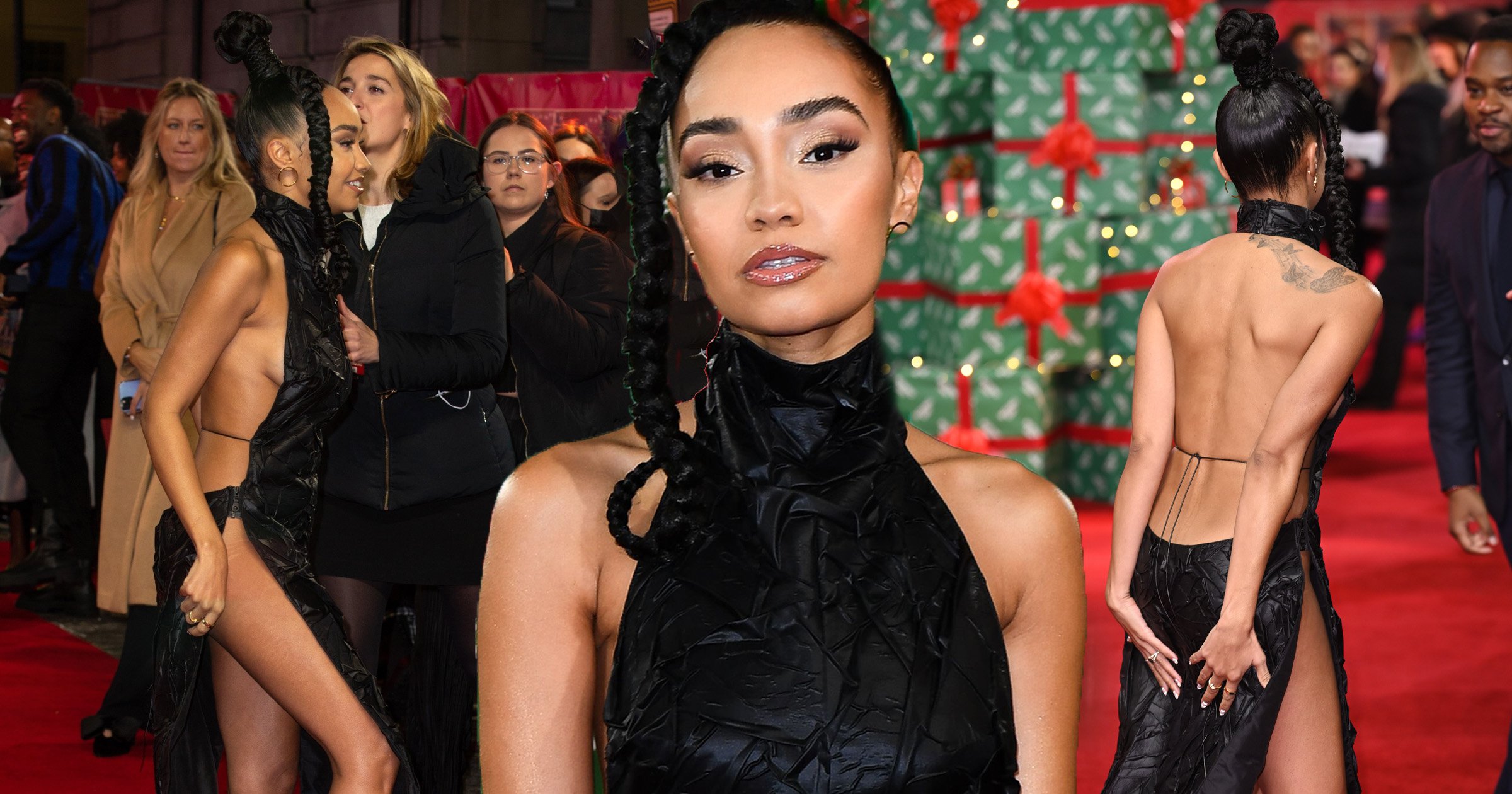 Leigh-Anne Pinnock managed to avoid a wardrobe malfunction on the red carpet for Boxing Day while wearing a daring leather dress.

The Little Mix star, 30, was on the red carpet for her first acting role in a feature film this week, where she was joined by her bandmates Perrie Edwards and Jade Thirlwall, both 28.

Leigh-Anne opted for a textured black leather halterneck dress which reached the floor, with thigh splits on both sides and a plunging back.

While she looked incredible, Leigh-Anne had a bit of a struggle when the winds picked up in London, and was seen holding down the back of her skirt with both hands to prevent it from flying up.

Aside from battling the breeze, the singer was a serious trooper to rock the stunning look at all given the freezing temperatures in London.

Despite the frosty weather, Leigh-Anne braved it with her whole back out without the smile ever leaving her face.

He then bumps into Leigh-Anne’s character Georgia, who happens to be his ex-girlfriend, causing more chaos.

Leigh-Anne said on Good Morning Britain: ‘It was like walking into a whole new world… I couldn’t refuse it. Three auditions later and I’m starring in my first movie and an all-black cast as well, it’s the first of its kind. I’m so proud to be a part of it.

She also revealed that while she loves acting, Little Mix will always be her priority, adding: ‘Singing is my number one passion but I do have the acting bug now. I’m just excited to keep nurturing it and see where this takes me.’