Laurence Fox, 42, who recently launched his new political party Reclaim, took to Twitter to express his concerns over the latest coronavirus lockdown measures enforced across England. The actor’s response came after it was announced London and Essex will be moving into Tier 2 from Saturday.

Take back the future

The Government has introduced a three-tier approach to coronavirus restrictions, which categorises every area of England as either medium, high and very high risk.

In Tier 2, people are not allowed to meet socially with others outside of their household, including in homes, pubs and restaurants.

This morning, it was reported Lancashire will be heading into Tier 3.

In view of his 246,000 Twitter followers, Laurence declared it is now “time” to stand up for “our lives”. 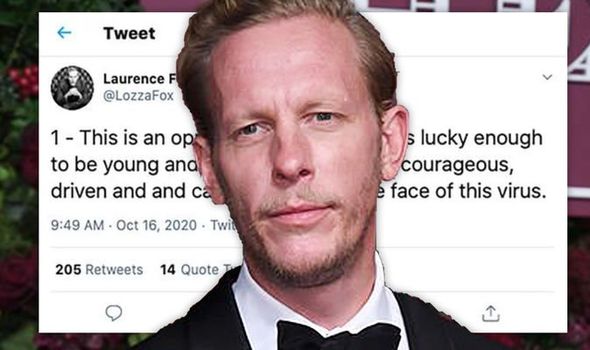 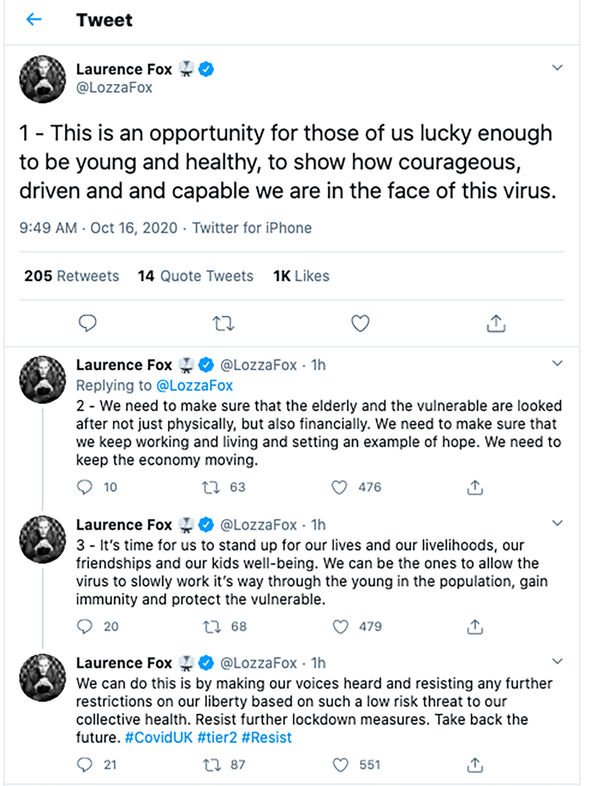 In a lengthy post, he began: “1 – This is an opportunity for those of us lucky enough to be young and healthy, to show how courageous, driven and capable we are in the face of this virus.

He went on to express the importance of “protecting the vulnerable”.

“3 – It’s time for us to stand up for our lives and our livelihoods, our friendships and our kids well-being. We can be the ones to allow the virus to slowly work it’s way through the young in the population, gain immunity and protect the vulnerable.” 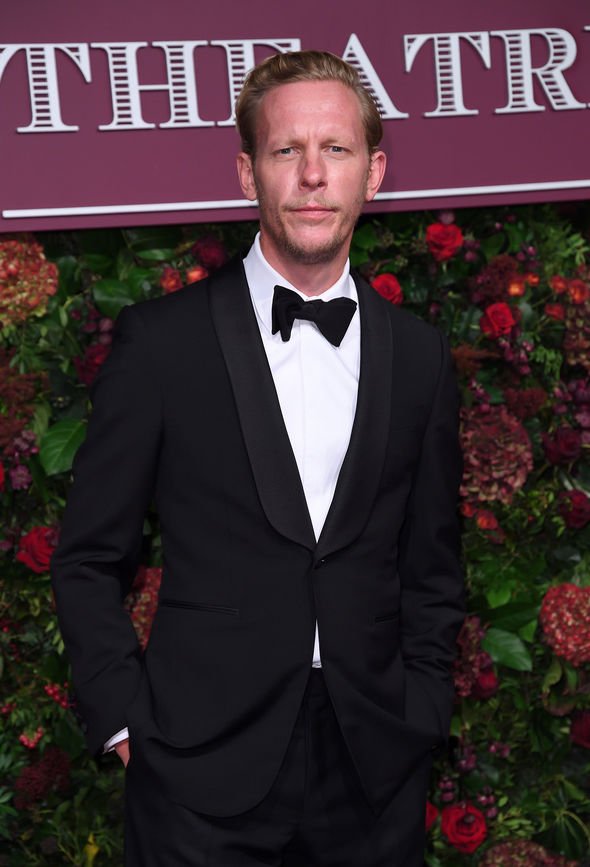 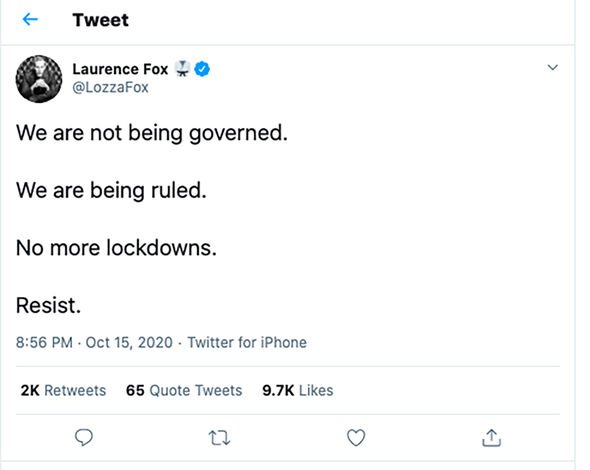 Laurence concluded: “We can do this by making our voices heard and resisting any further restrictions on our liberty based on such a low risk threat to our collective health. Resist further lockdown measures. Take back the future. #CovidUK #tier2 #Resist.”

It wasn’t long before many social media users weighed in on his post.

One replied: “Loz can you tell us what to do? I already break every single shiny rule and make as much noise as I can to raise awareness of this crime against humanity. It’s getting desperate now.”

A second commented: “When the vulnerable start to outnumber the healthy and vital, society has a problem. We’re all victims now it seems.

“Those who feel they are potentially vulnerable will never stop worrying, ever. Let’s all stop being victims. Nature will always win anyway.”

One added: “Go and offer to work on a covid ward then. You first.”

A third shared: “Oh what sense u speak!! It’s so refreshing to hear common sense in this world of none.”

It comes after Laurence’s first reaction to the lockdown changes, as he penned: “We are not being governed. We are being ruled. No more lockdowns. Resist.”

Querying his post, another wrote: “So how would you stop people dying early from covid?”

A further added: “Who shall we hold responsible if that happens but it doesn’t work, the NHS collapses and my mum dies?”

Lancashire will become the second region in the UK to go into Tier 3 on a “very high” alert after Liverpool City.

These restrictions mean indoor gatherings will be banned, and people will be advised to avoid non-essential travel.

It comes after leaders in Greater Manchester refused to enter Tier 3 without more support from the UK government.

The BBC reported councils in Northumberland, Tyneside, Wearside and County Durham were given a week before a Tier 3 move would be considered again.

Burnley Mayor Wajid Khan had told Sky News it “looks like Lancashire will be moving into Tier 3”.

A meeting is believed to be held this morning to “finalise” the decision.