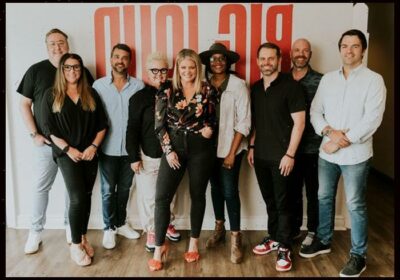 “I got a label that matches my personality: big, loud, and country,” Alaina said, calling her new partner her “dream label.”

“I really want to tap into my country roots. I don’t think people remember like how Southern I am…I’m a country girl through and through,” she added.

“We feel like Lauren is absolutely one of the best vocalists, male or female, in this town,” said Big Loud CEO/Partner Seth England. “Certainly, she’s had success, but we humbly think she has barely scratched the surface of what we think we can do together.”

“Lauren Alaina deserves to be, in my opinion, on the same pedestal as Carrie Underwood, and it’s our job to help her find that mode,” he told Billboard.

Alaina dropped her deeply personal album Sitting Pretty On Top of the World last September and recently released a duet with now label mate Chris Lane “Dancin’ In The Moonlight,” their reimagination of King Harvest‘s 1973 hit of the same name.

This summer, Alaina follows up her second career headlining tour with notable festival stops at Faster Horses, Watershed, Tidalwave Music Festival, and more, alongside performances at the Grand Ole Opry through the end of the year.