The body of late rapper Goonew was reportedly propped up on stage during a funeral event at a nightclub, sparking outrage among fans.

Goonew, real name Markelle Morrow, was shot dead in Maryland on March 18 at the age of 24. Police are investigating the fatal shooting and are not believed to have any suspects in custody.

An event, dubbed ‘The Final Show’, was held at Bliss nightclub in Washington DC on Sunday to celebrate Goonew’s life and career.

Tickets were made available on EventBrite however, the listing makes no mention of plans to display his body at the club.

Videos shared on social media show the late rapper’s reportedly embalmed corpse standing on stage as the packed out club danced and rapped to his music.

Close family and friends also danced on stage nearby to his body, which was cordoned off by a velvet rope and dressed in an Amiri jumper, jeans, trainers and with a crown on his head. 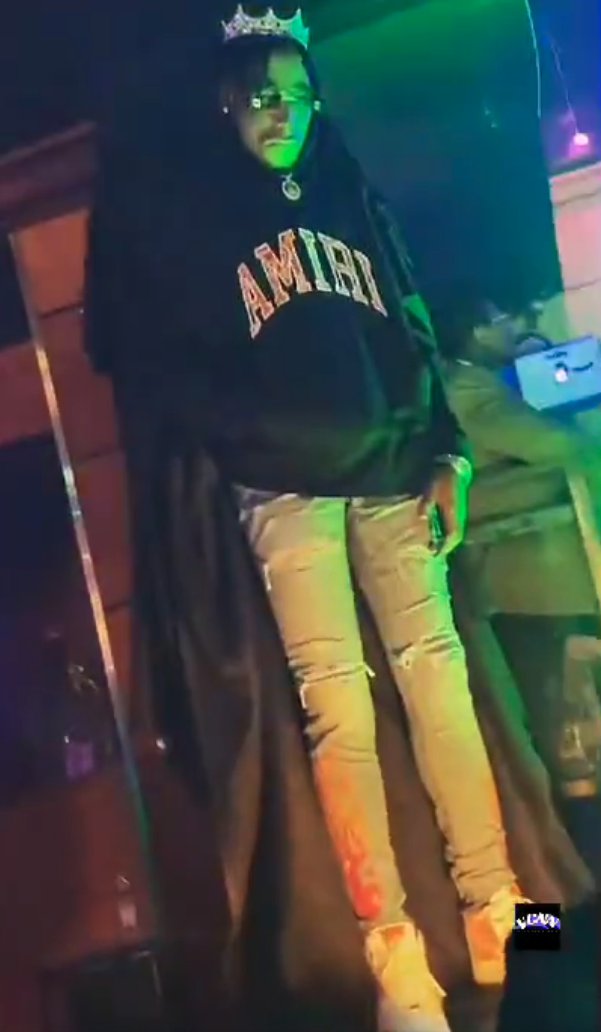 It appeared just like a regular club night with multi-coloured strobe lights flitting across the room, while fireworks were let off close to the alleged corpse.

There was also a performance from rapper Black Fortune, who insisted: ‘No this ain’t no wax figure my Brodie went out gansta.’

As the clips went viral on social media, outrage mounted among commentators with many branding it ‘disturbing’ to have Goonew’s body on display in such a way with mourners partying around him.

One fan tweeted: ‘Goonew deserved better bro, you n****s are sick,’ while another agreed: ‘This s**t is so crazy it deadass makes me uncomfortable.’

Another weighed in: ‘What they did to goonew is disgusting, let that man Rest In Peace.’

Others argued that it seemed to be what his family wanted while some wondered whether it was a wax figure.

Bliss nightclub bosses have since issued an apology amid the backlash, and claim they were unaware of the plans to have Goonew’s body on stage.

In a statement shared on the club’s Instagram, they said: ‘Our deepest condolences to Goonew’s family, friends, and fans.

‘Bliss was contacted by a local funeral home to rent out our venue for Goonew’s home-going celebration. Bliss was never made aware of what would transpire.

‘We sincerely apologise to all those who may be upset or offended. Please keep Goonew’s family and friends in your prayers at this difficult time. Respectfully, Bliss DC.’

He was shot in 2019 and wrote in a social media post at the time: ‘I Ain’t Never Show This Pictures But July 5th Last Year They Told My Mother I Was Dead I Came Back…I’m Blessed & Thankful I’m Still Here.”

The rapper was named best new artist by Pigeons & Planes in 2020.

He was rushed to hospital with ‘life threatening injuries’ before being pronounced dead at 7:30pm.