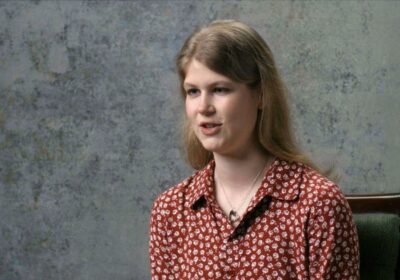 Speaking on the televised special, which aired on Wednesday evening, the 17 year old daughter of Prince Edward and Sophie, Countess of Wessex, paid a loving tribute to her grandfather, who passed away in April, aged 99.

The teenager spoke fondly of her decision of doing the Duke of Edinburgh award scheme, telling cameras: "There was certainly an element of making my grandfather proud and honouring him by taking part in the award that has been so much of his life's work.

"I definitely hope I have made him proud," Lady Louise, who was inspired to take up carriage riding because of Prince Philip, added.

Viewers gushed over the young Royal's appearance on the show, with many letting her know that her late grandfather would have been proud of her.

"Louise, she's such a lady, quite literally. She definitely made him proud #theroyalfamilyremembers #princePhilip," one person tweeted.

Another wrote: "What a lovely relationship Lady Louise and #PrincePhilip had #royalfamilyremembers."

A third echoed: "Isn't lady Louise lovely? This is already making me tear up #PrincePhilip" while a fourth added: Lady Louise is a credit to her late grandpa #PrincePhilip."

Speaking further of her love of carriage driving with her grandfather, Louise added in the sit-down interview: "The Duke of Edinburgh has been so involved in my driving which has been so lovely although slightly scary because he invented the sport pretty much. It's incredible to have learned first hand from him.'

"After a competition, he would always ask how it went. His eyes would light up because he just gets so excited when he talks about it.

"When we would go carriage driving, he would take me on a different route every day, I do not know how he managed to do that, and tell me all sorts of anecdotes about anything and everything.

She added: "He is honestly one of the most interesting people I have ever met."

The new documentary offered a look into the life of the Duke of Edinburgh. It was originally planned to mark his 100th birthday, with interviews being filmed both before and after his death in April.