Lady Gaga in Valentino & Tiffany diamonds at the Globes: boring or stunning? 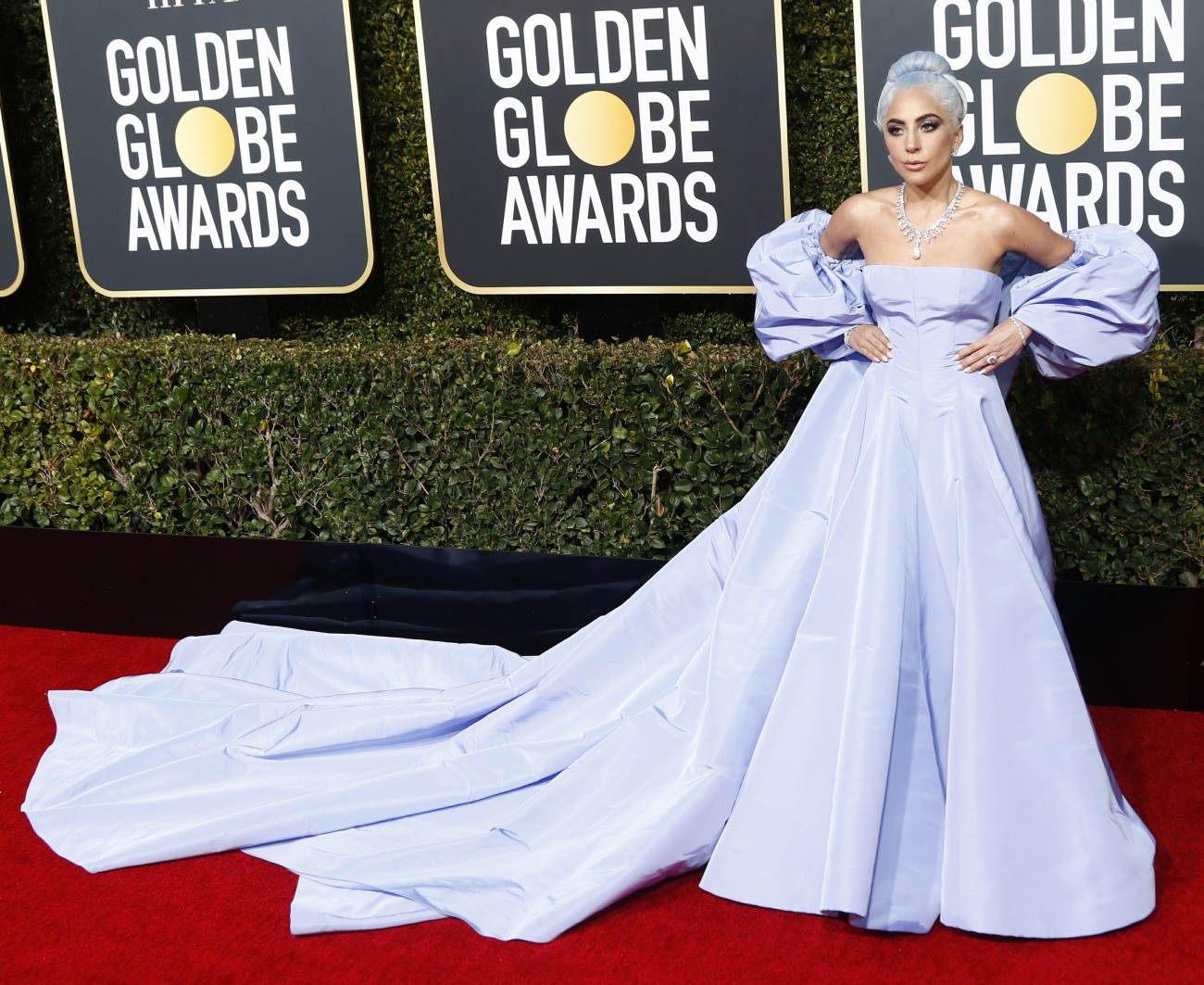 As a professional gossip/fashion blogger, you can always tell which women have the biggest red carpet contracts, because the companies paying them to wear a certain label or a certain brand of jewelry or a certain shoe will blast out promotional emails to everyone. The longer and more detailed the email, the more money being paid to that actress/celebrity. So it was with Lady Gaga. The Oscar campaign has been happening since August. Gaga has been groomed into this perfectly behaved robot who only tells the same four stories over and over in every interview. Bradley Cooper stays mostly silent, looking on proudly. They tried to play it perfectly. They were expecting Gaga’s entrance and presence at the Golden Globes to be the biggest moment of the night. And everything was going to plan… until the Hollywood Foreign Press Association flipped the script on all of A Star Is Born’s Oscar campaigning. ASIB was shut out of every category except Best Song. It was…amazing.

As I said, you can always tell who is getting the most money. Gaga wore a custom Valentino gown in what I would call an icy blue? Her hair was dyed blue to match, and all of that blue became the backdrop for her amazing Tiffany’s diamonds. We got the email from Tiffany’s – Gaga wore over 300 “sustainably sourced Tiffany diamonds,” all of which were in pieces specifically designed for Gaga. It wouldn’t surprise me at all if Gaga was getting paid seven figures to wear Tiffany’s jewelry exclusively during the awards season, or maybe it was just a one-time contract for the Globes. In any case, Gaga was decked out and dressed for the moment. She expected to be on that stage, winning Best Actress. It did not happen. She did get on stage for Best Song, so at least she had that.

Bradley Cooper didn’t get that! Don’t forget, those snubs were yet another blow to his Oscar chances too – there was some talk, months ago, of Bradley running the table with big awards for Best Director and Best Actor and Best Picture. Oh well. He even walked the carpet with his partner/girlfriend Irina Shayk, something they rarely do. She wore custom Versace, by the way. CB thinks Irina has new lips. 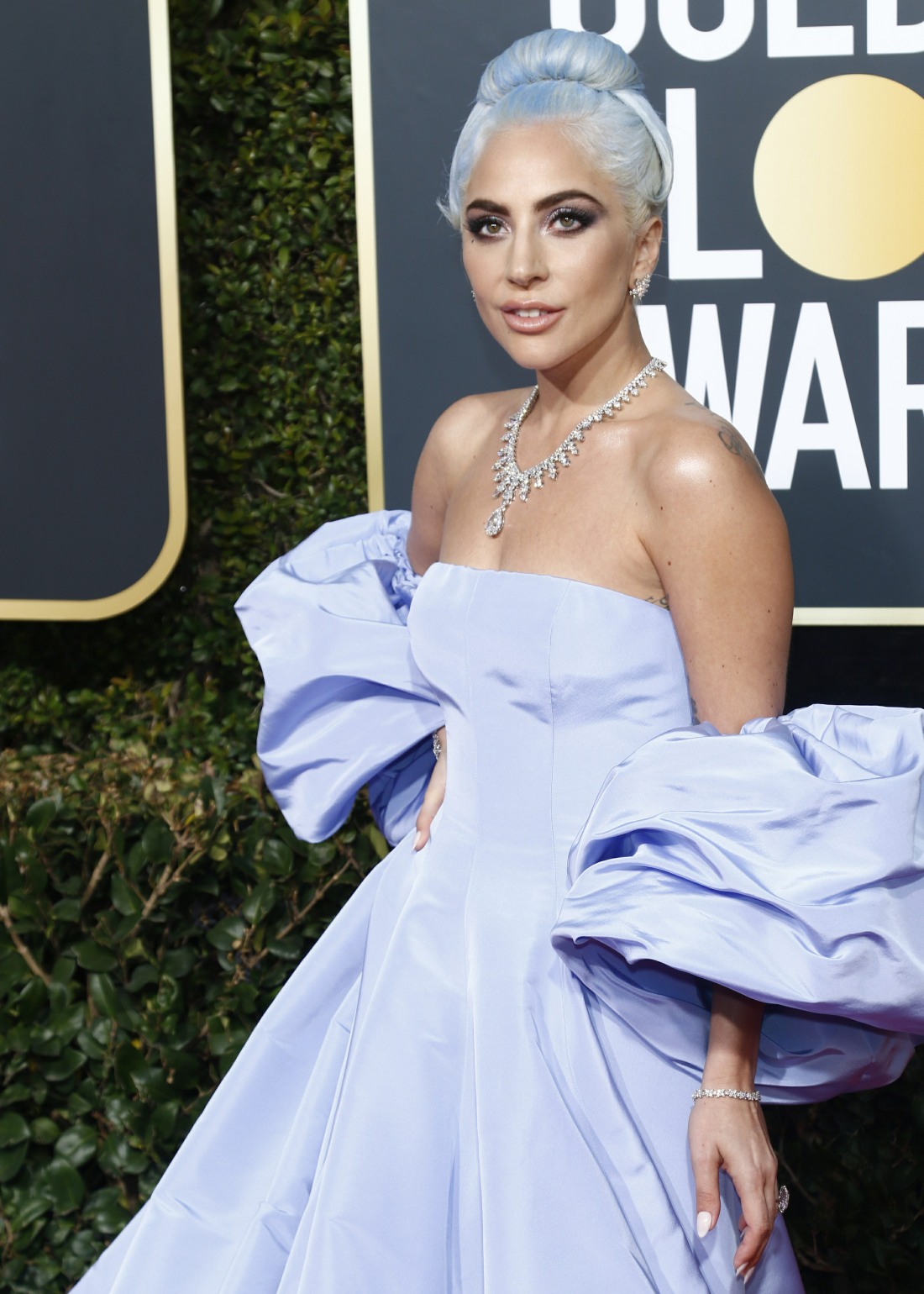 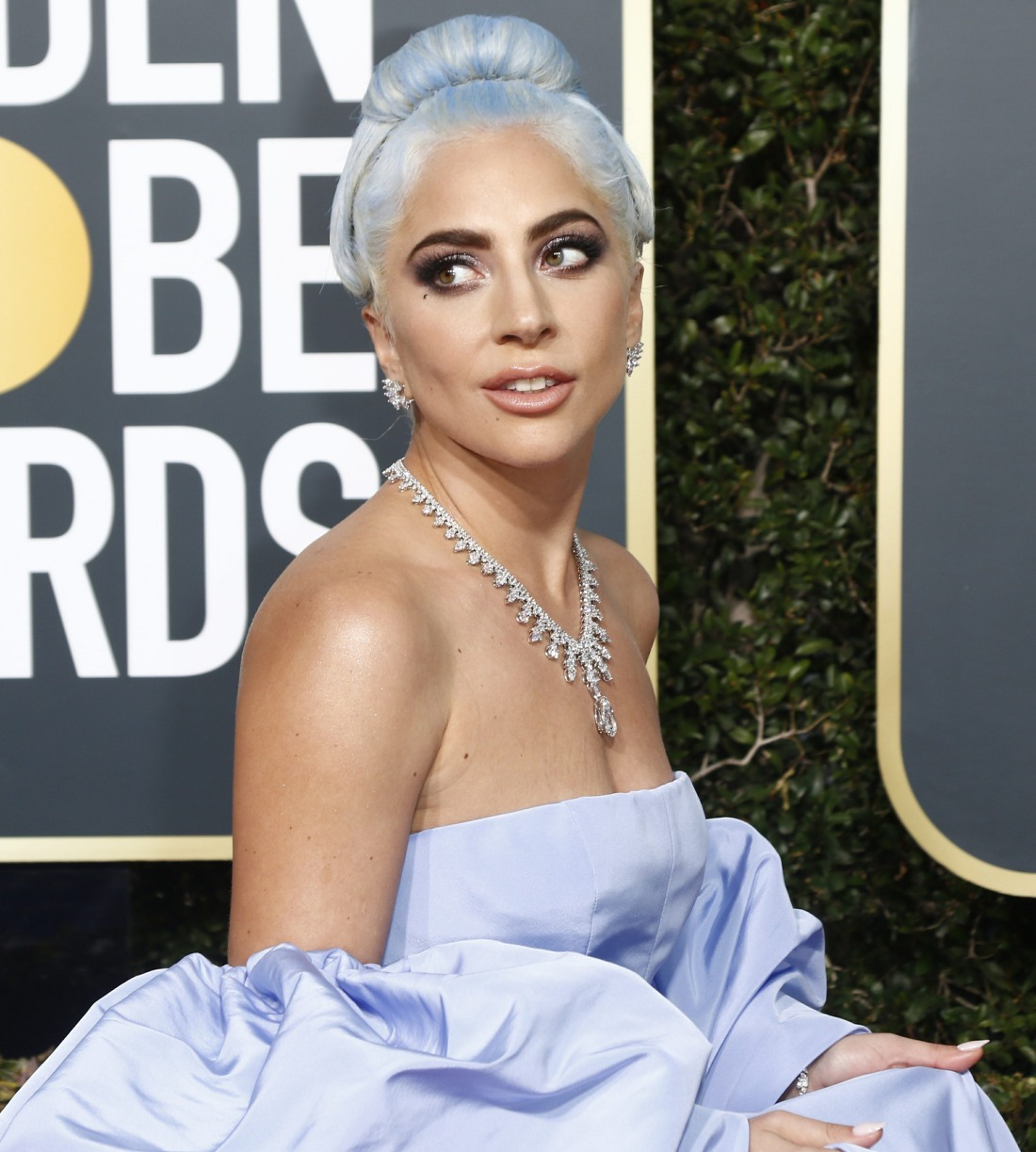 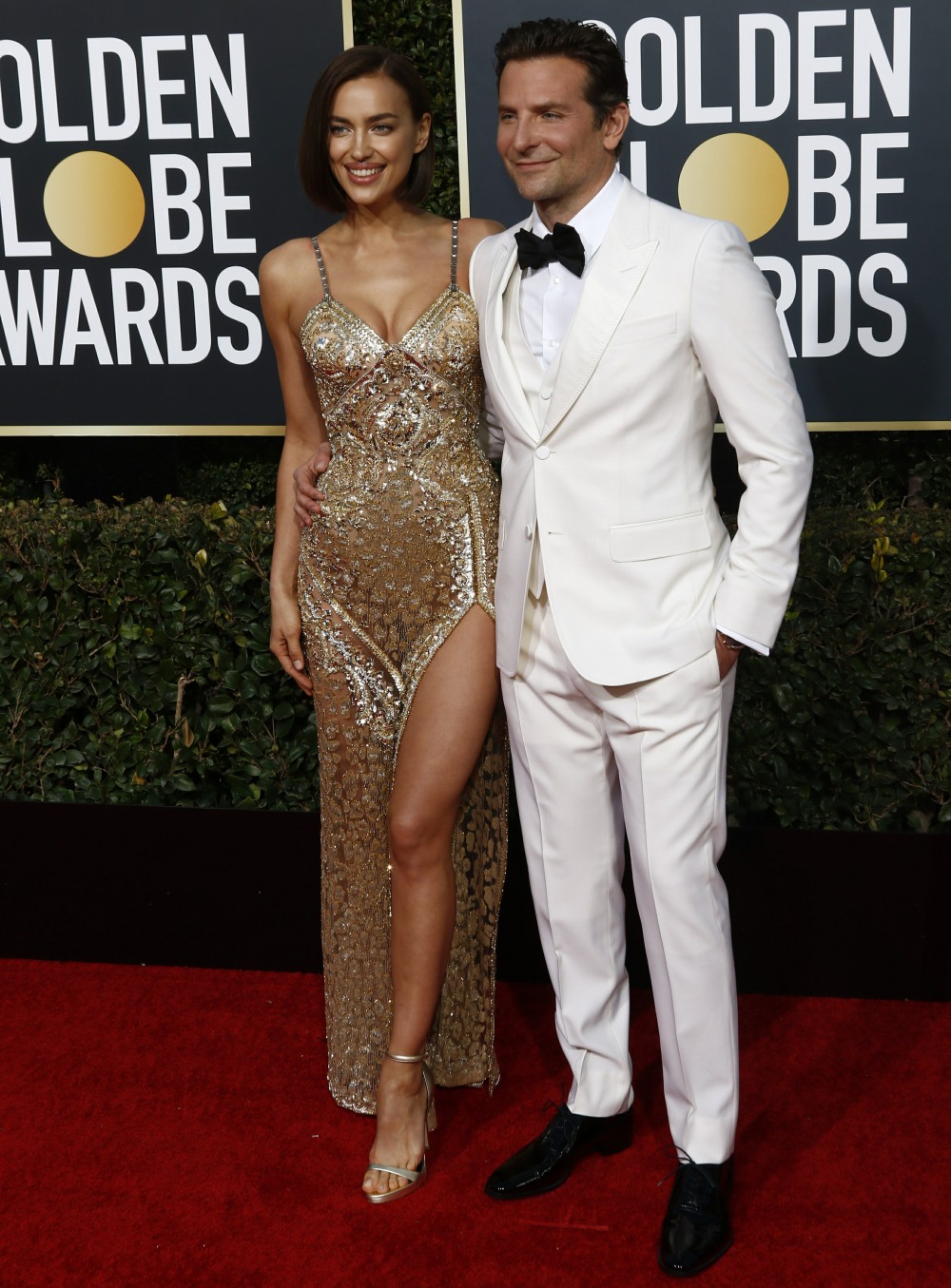 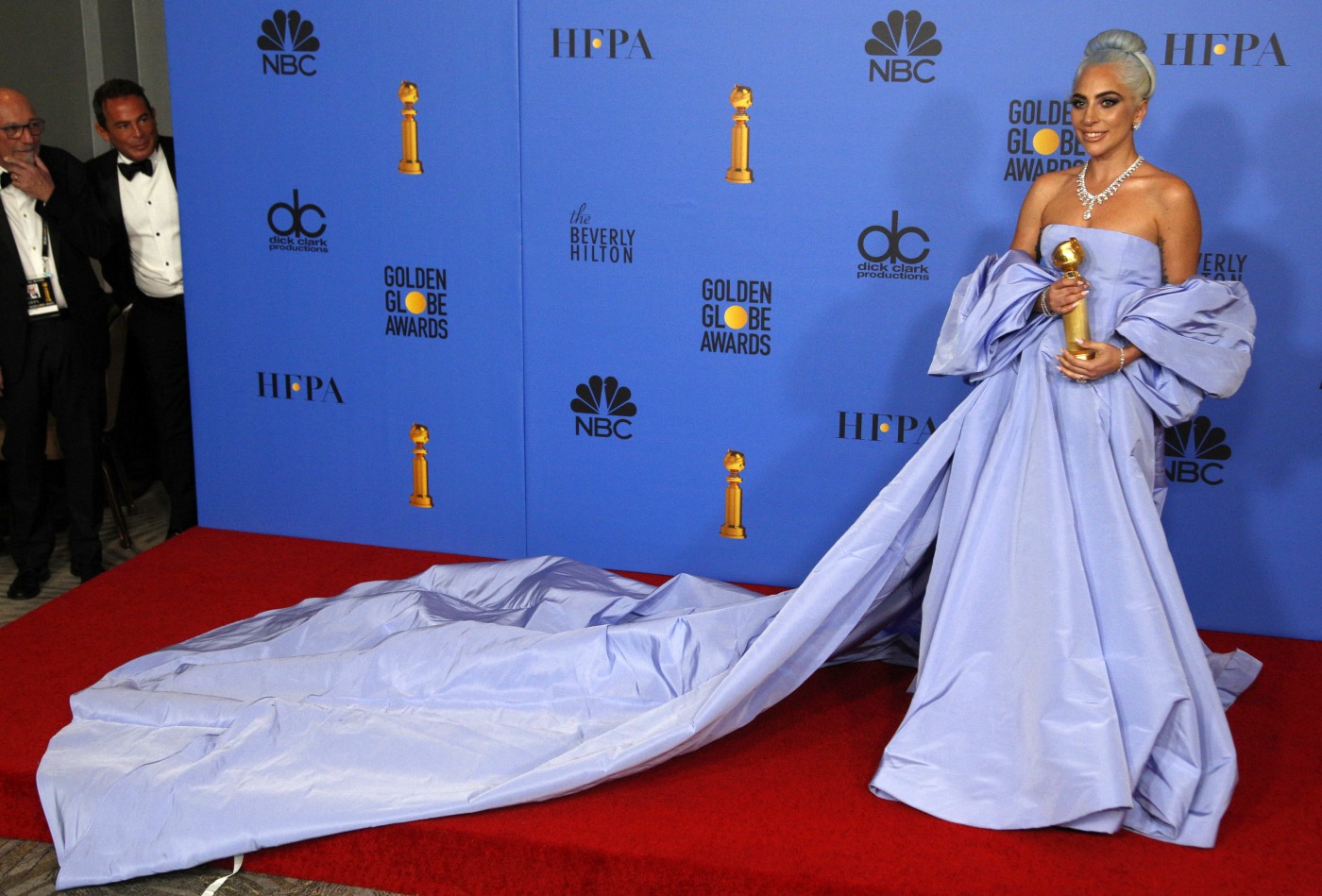