Nothing’s standing in their way! Kylie Jenner and Travis Scott are going strong despite a cheating hoax that made headlines last week — and the couple isn’t shying away from proving their love is the real deal.

Jenner, 21, gave fans an intimate look into their holiday-decorated living room on her Instagram Stories on Friday, December 7, that showed off the “first two gifts” underneath her beautiful, gold-themed Christmas tree. The wrapped presents were addressed to “wifey” and “daddy.” 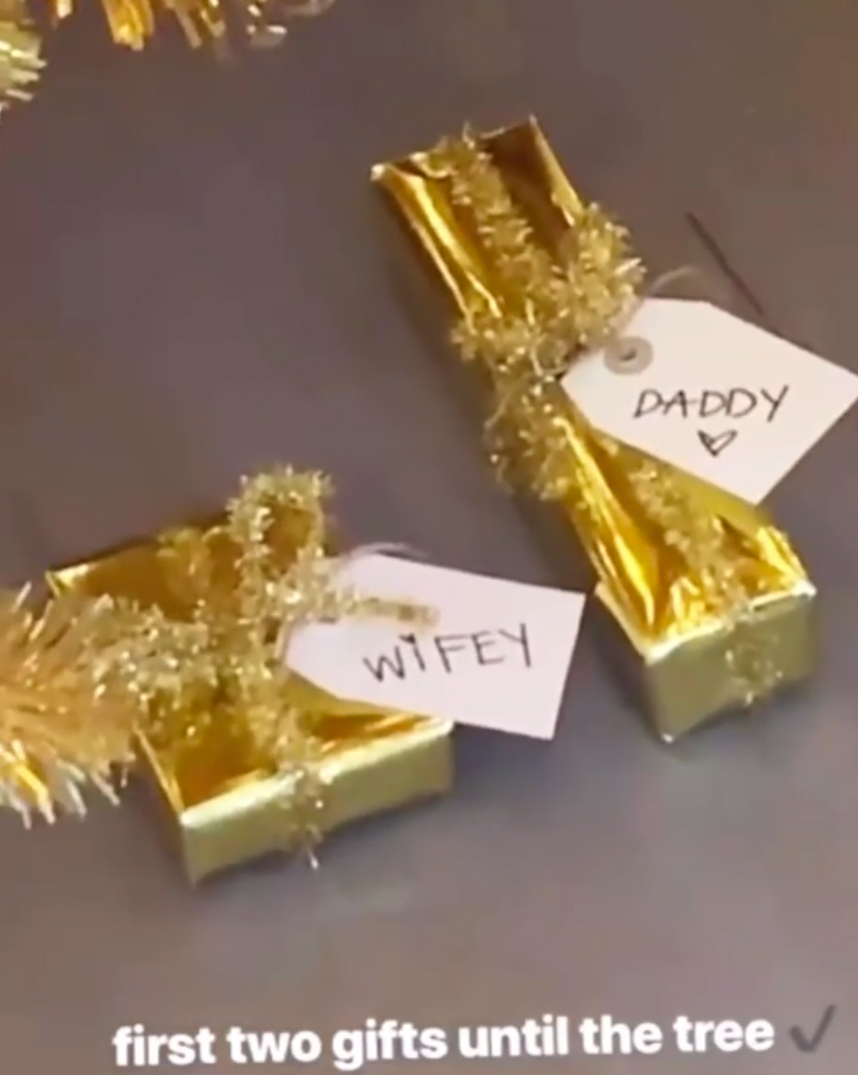 The sweet post came just two days after the lip-kit maven slammed the person behind the setup of a photo of a look-alike Scott, 26, getting close to another woman claiming he was unfaithful.

“Idk if this is really a social experiment to some people but you’re messing with real people, real relationships, real family,” Jenner wrote alongside the photo on her Instagram Stories on Wednesday, December 5. “I’m happy my relationship is strong because this is getting out of hand. The internet scares me sometimes for real.”

Jenner’s big sister’s Kim and Khloé Kardashian had her back, making their voices heard on Twitter.

“I hate that I am bringing attention to this but this is absolutely disgusting that you would find this funny to mess with Travis & Kylie who just started a family together,” Kim tweeted that same day. “This is really damaging to relationships, families and is just so wrong.”

The Strong Looks Better Naked author — who gave birth to her now 7-month-old daughter, True, in April while at the center of a cheating scandal surrounding her boyfriend, Tristan Thompson — chimed in following Kim’s tweet.

“People are absolutely disgusting!” Khloé wrote at the time. “The mind games this would do to somebody… That is so completely not OK! This person should be so ashamed of themselves! What filth.”

The Astroworld rapper, for his part, wasn’t going to stand for the gossip either.

“Trolls working hard today,” Scott commented on a fan post with the pic. “I don’t be on a balcony wit no thots. That s–t lame. Try again u trollsssss. Me and my wifey sturdy. Back to celebrateing [sic] !!!”

“Only got love for my wife,” he followed up in a second comment. “No time to be wasting. Try again.”

After keeping her pregnancy under wraps, Jenner announced in February that she and Scott had welcomed their first child — a baby girl named Stormi — together.