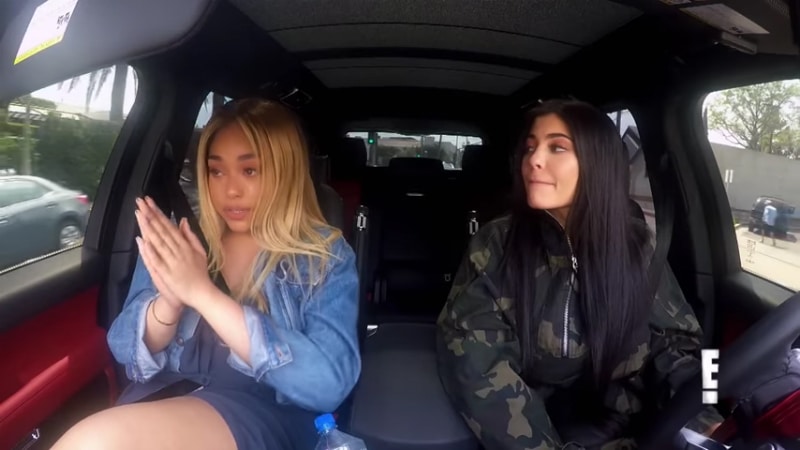 As the latest Kardashian cheating scandal unfolds, all eyes are on Jordyn Woods and Kylie Jenner as many wonder what will happen between them following reports that Jordyn was cheating with Tristan Thompson.

Many Keeping Up With The Kardashians fans were stunned to hear that Jordyn and Tristan may have hooked up on Sunday night.

Considering how close the KarJenner sisters are, there are expectations of a huge fallout between the famous family and Jordyn Woods, who has been close to many of them for years.

Monsters & Critics already confirmed that, at least for now, the Kardashians and Jenners are still following both Jordyn Woods and Tristan Thompson on social media.

As speculation grows about what may become of both Kardashian hangers-on, there’s an expectation that the famous reality TV family will likely turn their backs on them both — but it has to be hardest on Kylie, who shares her house with Jordyn. How awkward!

As Keeping Up With The Kardashians detectives search for clues about what may happen, we have learned that Jordyn Woods and Kylie Jenner were together on the day this incident reportedly happened.

ET Online reports that the two were seen in a short Snapchat clip using the dog filter. First, Kylie had the camera on herself before turning it on Jordyn, who laughed.

By all indications, the best friends were fine at that point and it doesn’t seem like Kylie even knew what was about to go on between Jordyn and her sister’s boyfriend later that evening.

plus she know my babymama is a trophy ?

Since reports of Jordyn Woods and Tristan Thompson’s alleged hookup, Keeping Up With The Kardashians fans have been looking for more clues.

However, aside from a possible confirmation from Khloe Kardashian, it looks like the entire family has gone into crisis mode, which means they will stay silent.

Will Jordyn Woods and Kylie Jenner still be friends after the drama dies down? That is what everyone invested in this cheating scandal wants to know.