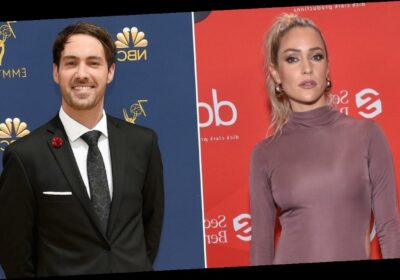 Things are heating up between Kristin Cavallari and her comedian boyfriend, Jeff Dye, but the couple are remaining cautious with their blossoming romance.

A source tells ET that, “Kristin and Jeff are getting more serious, but they are taking it really slow. They are really liking where things are at now.”

Cavallari, 34, split from her estranged husband, Jay Cutler, last April, and the mother of three isn’t looking to jump into anything too quickly.

“Kristin isn’t quite ready to completely dive in, and they still have a lot of growing to do as a couple,” the source adds. “[They] aren’t in any rush to jump into a super serious relationship with each other at this time.”

As for how Cutler is handling his ex’s new relationship, the source says that the former spouses are on “good terms, mostly for the sake of the kids.”

“Jay was initially upset by the news of Kristin and Jeff dating, but he doesn’t sit around and dwell on it,” the source says. “Jay wants Kristin to be happy, and Kristin and Jay getting back together is off the table at this point. Kristin also wants Jay to be happy and to do what’s best for him, just as she believes he wants for her. She isn’t bothered that he is dating around and having fun.”

Back in January, Cavallari and Cutler posted the same photo together in a show of solidarity amid rumors.

“The world is full of users. 10 years. Can’t break that,” they both wrote alongside their posts.

For more on Cavallari’s life after her split from Cutler, watch the clip below: