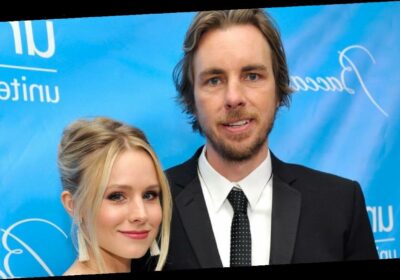 Kristen Bell is celebrating her husband, Dax Shepard, on his 46th birthday. Posting a selfie of the two on Saturday, the actress wrote that it’s her “favorite day of the year” and praised Shepard’s “commitment to growth.”

“It’s my favorite day of the year! When I get to celebrate the birth of my very favorite human on earth, and spoil him till he rots!” the Good Place star wrote. “The one who’s commitment to growth is astounding, who’s honesty is admirable, and who makes me laugh more than anyone. I love u so dearly, @daxshepard 💥🦄🎂🎊🎈🎉.”

Friends and followers, including Jimmy Kimmel, wished Shepard a happy birthday in the comments section.

In September, Shepard opened up about relapsing on prescription medicine after 16 years of sobriety. Following several injuries from extreme sports, the actor and Armchair Expert podcast host found himself slipping back into bad habits and taking pain pills throughout the day. He finally came clean to Bell and his podcast co-host, Monica Padman.

He later thanked people for their support, saying on his podcast, “Just quickly, I want to say thanks to all the people that have been so unbelievably lovely to us in response to ‘Day 7.”

The father of two said that he actually got the opposite response he was expecting. “My fears were the opposite of what the result was,” he said. “But yeah, struggling with some fraudulent feelings of receiving love based on a f**kup. But, at any rate, I am really, really grateful, and, there’s so many beautiful, nice people.”

Bell also touched on her husband’s relapse during an appearance on The Ellen DeGeneres Show in October.

“The thing I love most about Dax is A) that he was able to tell me and tell us and say we need a different plan. Right?” Bell told Ellen DeGeneres. “Like we have a plan. If he has to take medication, for any reason, I have to administer it. But he was like, ‘So, we need a stronger plan. I was faltering and I have to do some sort of emotional work to figure out why I wanted to use again.'”