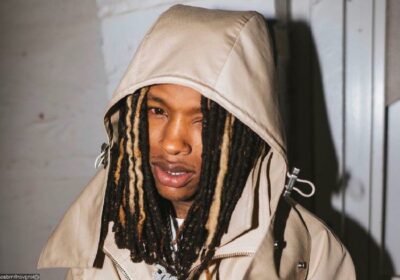 Deja Denise, who was reported to be pregnant with the ‘Crazy Story’ spitter’s baby after his death, just gives the first look at her daughter eight months after giving birth.

AceShowbiz –King Von‘s alleged baby mama has shared the first look at her daughter. Eight months after giving birth to her child, Deja Denise has finally shared photos of the infant, which are enough to convince fans that it’s the late rapper’s child.

One of the snaps captured the infant’s tiny legs. Another featured the baby girl being swaddled in a pink blanket while lying on a heart-shaped baby box covered with cream-colored furry blanket. A third image showed the adorable infant sleeping soundly while wearing a tutu, and a fourth had her lying on a green-and-blue mat.

In the comment section, Von’s fans pointed out Demi’s resemblance to her late father. “She stole his whole face,” one of the followers wrote. Another commented, “Now she look just like him.” Some others, meanwhile, gushed over the baby, leaving comments that read, “Perfection,” “A beauty” and “Awwwww look at her” among others.

Deja first revealed her pregnancy in June as she posted a picture of her half naked in bed while flaunting her pregnant belly. “Every Ending Is A New Beginning…,” she captioned it along with a baby angel emoji.

Von’s sister Kayla B later confirmed that her late brother is the baby’s father, writing on Twitter, “Today von baby mama baby shower wish he was here 2 be with us. We gone make sure she str8 tho!” She added in another tweet, “I know this about to be a emotional day for everybody.”

After giving birth, Deja paid tribute to Von on what would have been his 27th birthday earlier this month. “Happy Heavenly Birthday Von, God knows how heavy My Heart feel Thank you for shinning your light on me… until we meet again… Demi and I Love you.!” so she posted on Instagram on August 9.