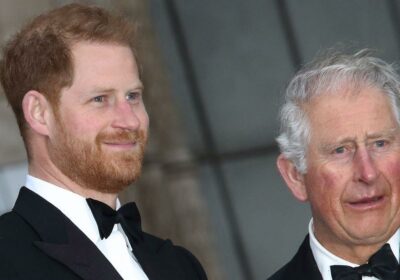 It’s reported that King Charles III is the one who requested that his son, Prince Harry, be allowed to wear military uniform tomorrow evening during a vigil for the Queen.

Charles also requested that the Queen’s eight grandchildren be allowed to participate in the vigil – standing in quiet contemplation around their grandmother for 15 minutes as a mark of respect – something they were all keen to undertake.

Harry, who saw action on the front line during two tours of duty in Afghanistan, has been denied the chance to wear his military uniform, as he publicly mourns, because he is no longer a working royal.

Despite being a former Army officer, he has been in civilian dress for official events, including walking behind his grandmother’s coffin on Wednesday when it was carried to Westminster Hall for lying in state.

An exception has also been made for the disgraced Duke of York, who is no longer a working royal, who will wear his military uniform as a “special mark of respect” for the Queen when he stands guard around her coffin during a vigil with his siblings this evening.

The royal source said the Prince of Wales will stand at the head and the Duke of Sussex at the foot. At the King’s request, they will both be in uniform.

The other grandchildren will be in morning coats and dark formal dress with decorations.

William will be flanked by his cousins Zara Tindall and Peter Philips, while Harry will be with Princesses Beatrice and Eugenie, with Lady Louise and Viscount Severn at the centre of the coffin.

The source said the grandchildren, at the King’s invitation, were very keen to pay their respects – just as their parents are doing tonight.

Charles’ decision comes after members of the public called for Harry to be allowed to wear uniform in light of his years of service.

One person wrote passionately online: "#PrinceHarry has earned his medals. He served for 10 years, undertaking two tours in Afghanistan. He now serves those troops across the world with the #InvictusGames. He deserves to wear his uniform with pride."

While another chimed: "Harry has every right to wear his military uniform. Megan didn't refuse to go to Balmoral when the Queen died, she wasn't invited. And they have no need to apologise to William and Kate."

Another referenced his emotional tribute to his grandmother: "To meeting you for the first time as my Commander-in-chief". They can spitefully deny Prince Harry the right to wear his uniform, but not many other royals can properly call The Queen commander-in-chief. 2 tours to iraq and Afghanistan and founder of #InvictusGames," with a praise hands emoji.