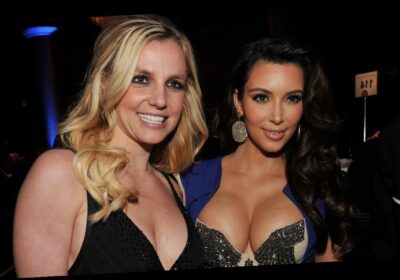 The unauthorized documentary explores Britney’s meteoric rise to fame, her negative portrayal in the media and her ongoing conservatorship battle with her father, Jamie Spears. In lengthy messages on her Instagram Story on Friday, 40-year-old Kim said she watched the documentary and sympathized with Britney when talking about her own negative experiences with paparazzi and tabloid headlines.

“The way the media played a big role in her life the way it did can be very traumatizing and it can really break even the strongest person,” she writes. “No matter how public someone’s life may seem, no one deserves to be treated with such cruelty or judgment for entertainment.”

Kim went on to note that when she was pregnant with her eldest child, North, she suffered from preeclampsia, which made her swell and gain 60 pounds. She said she cried every night because of cruel stories written about her, some comparing her to Shamu the whale.

“Looking at all of the photos of myself online and in magazines made me feel so insecure and I had this fear of wondering if I would ever get my pre baby body back,” she writes. “I was shamed on a weekly basis with cover stories that made my insecurities so painful I couldn’t leave the house for months after. It really broke me.”

Kim said she was eventually able to turn her feelings into motivation, but acknowledged that the coverage of her definitely took a toll on her mentally. She encouraged people to show understanding and compassion for others instead of shaming and bullying.

“You just never fully know what someone is going through behind the scenes and I’ve learned through my own experiences that it’s always better to lead with kindness,” she writes.

Kim then shared multiple tabloid covers of her while she was pregnant with now 7-year-old daughter North to emphasize her point, including one headline reading, “I can’t stop eating!” and another one reading, “I’ll never be sexy again!” 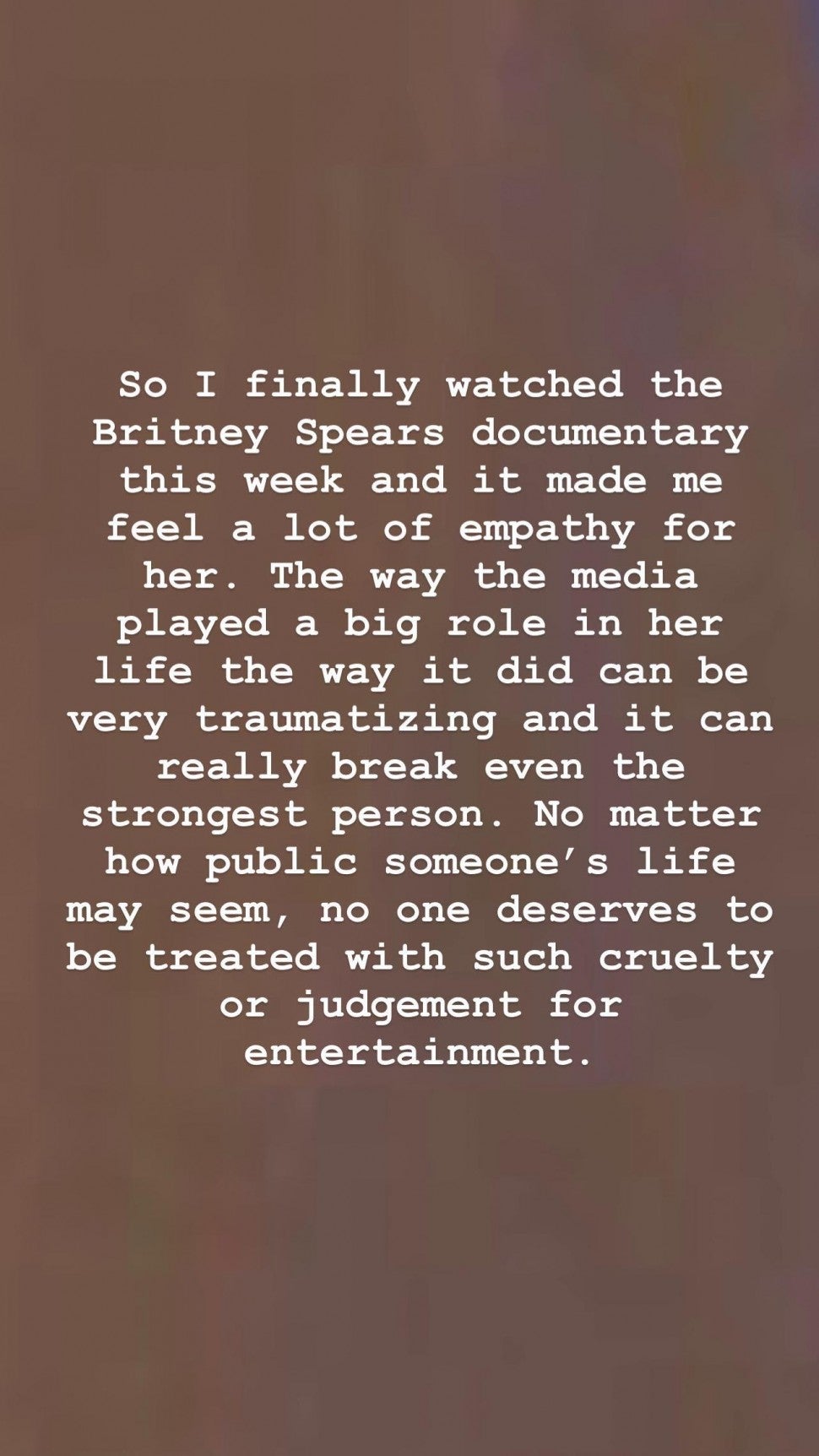 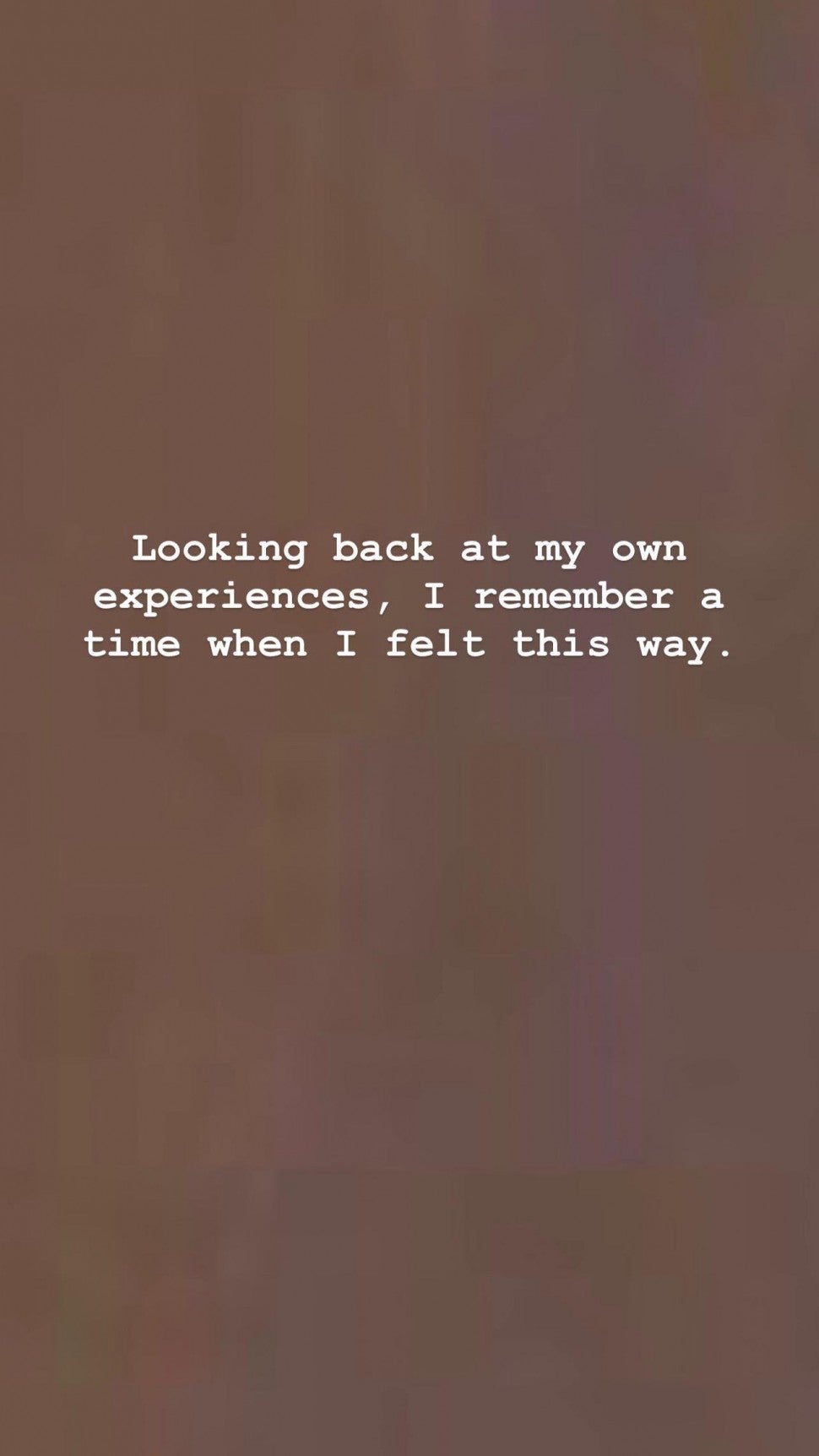 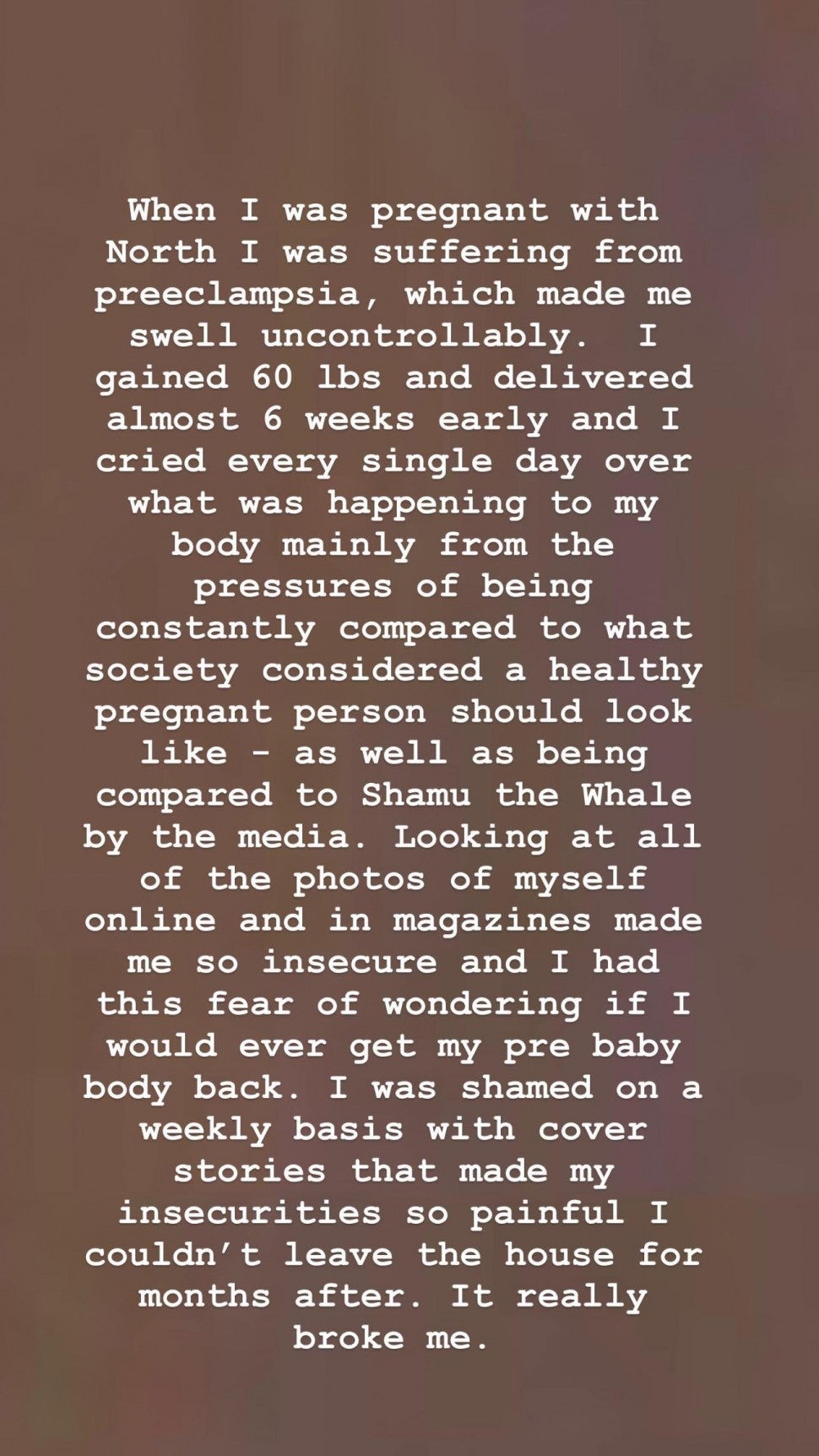 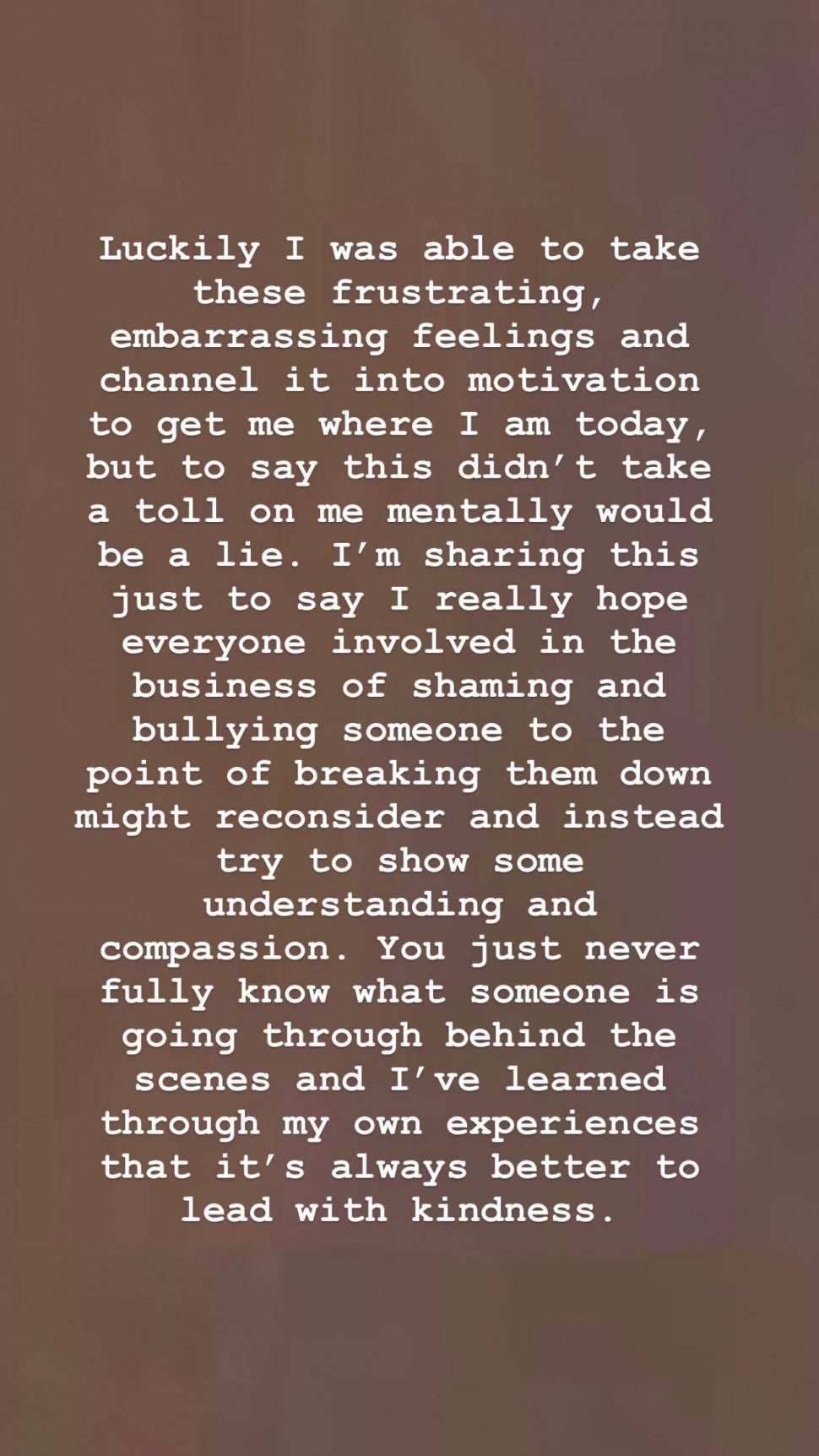 Meanwhile, 39-year-old Britney has received plenty of support from fellow celebs following the release of her documentary, which also prompted an apology from her ex-boyfriend, Justin Timberlake. On Thursday’s Watch What Happens Live With Andy Cohen, guest Kelly Rowland shared why she’s a bit reluctant to watch it.

“I really respect when artists say, ‘This is a documentary, it’s OK to watch this,'” Rowland explained. “I respect their space and their privacy and their point of view. And their story, what they feel their story is, from their brains, their hearts, their mouths. So, I try and respect that.”

“But everybody says they really enjoy it, so that’s great,” she added.

Fellow guest Garcelle Beauvais agreed, also noting, “She was such a young girl living in a fish bowl. I feel sorry for her.”

For more on the documentary, watch the video below.