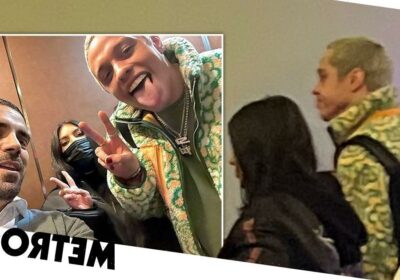 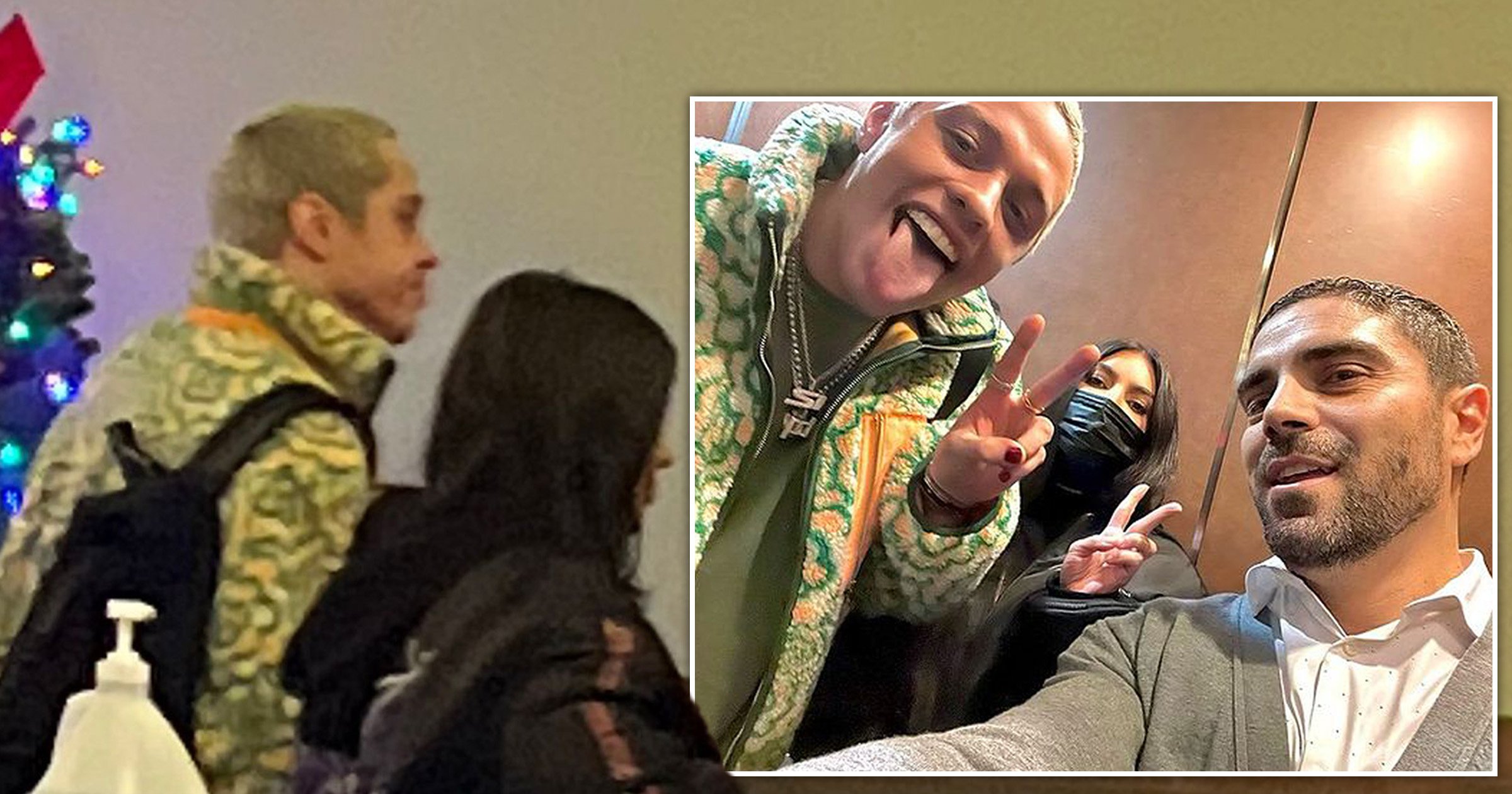 Hollywood’s new couple headed over to the Saturday Night Live comedian’s hometown on Saturday where they enjoyed a double date with Scott Disick and his female companion.

The group were seen arriving at a movie theatre where they reportedly watched Lady Gaga’s House of Gucci, but they also had dinner at Angelina’s Ristorante.

Despite no doubt wanting to keep somewhat of a low-key profile, Kim, 41, and Pete, 28, were more than happy to pose for photos with the locals. The couple took a selfie with a man who appeared to be a staff member at the restaurant, as the photo was shared to the Angelina’s Instagram account.

In the photo, Kim and Pete look to be in sync with each other as they struck matching poses, flashing the peace sign while the comedian stuck his tongue out. It’s hard to decipher if Kim was pulling her trademark pout as she wore a face mask, but we trust she was.

Scott, 38, also took a photo with a female member of staff but his mystery friend was nowhere to be seen.

It’s not the first time Pete has wined and dined Kim in his beloved hometown of Staten Island, as sources spotted them on dinner dates there in the beginning stages of their romance.

Dating rumours were sparked after Kim guest hosted SNL in October and shared a kiss with Pete during a sketch.

An insider later shared details on their relationship to E! News, saying: ‘They are really happy and seeing where it goes.

‘Pete has told her he doesn’t want to see anyone else. She is telling some people they aren’t super serious but she isn’t seeing anyone else… She’s trying to not make a big deal about it but is super into him.’

‘Kim is smitten over him and it’s very exciting to her.’

Skims boss Kim filed for divorce from husband Kanye in February and, despite his public declarations of love, wants to push ahead with the separation as she recently filed a request to be legally deemed single.