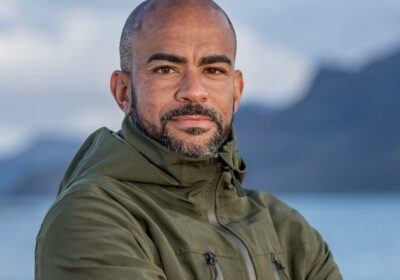 The football star was forced to withdraw from the reality show after suffering from a collapsed lung, a fractured rib and hypothermia while on the Channel 4 series.

The Ipswich Town U-23 Manager has now confirmed that he has been diagnosed with primary sclerosing cholangitis – a disease of the bile ducts – and requires a liver transplant due to the condition.

His club said: "The Club can confirm Town U23 manager Kieron Dyer has been diagnosed with primary sclerosing cholangitis.

Getexclusive celebrity stories and fabulous photoshoots straight to your inbox with OK!'s daily newsletter . You can sign up at the top of the page.

"Kieron has been managing problems with his liver for the past couple of years, and now requires a transplant."

In the statement, Kieron personally thanked the club and said he was remaining positive.

He said: "Unfortunately, I was diagnosed with a condition of the liver a couple of years ago, that would lead to me one day needing a transplant.

“Over the next week, test results will confirm when I need to go through this procedure. I see myself as a very positive person that will overcome this minor setback.

“I’m very grateful to the Club, the supporters and the general public for their messages of support over the past week.

It follows on from a statement released last week confirming he was in hospital for unspecified tests.

Ipswich Town said in a statement: “The Club can confirm that Town U23 manager Kieron Dyer is currently undertaking tests in hospital.

“Everyone at Ipswich Town Football Club sends their best wishes to Kieron at this time. We ask everyone to respect Kieron's privacy, and we will be making no further comment on the matter.”

Earlier this year, Kieron was forced to cut his appearance on Channel 4's Celebrity SAS short after a broken rib punctured one of his lungs while on the show.

The star was seen struggling to breathe before he fell to the floor on an overnight challenge.

His group were later informed that Dyer was “medically withdrawn” from production due to “respiratory problems”.