Speaking her truth! Khloé Kardashian clapped back at fans who questioned her choice to forgive ex-boyfriend Tristan Thompson after he cheated with Jordyn Woods.

The Good American cofounder, 35, was ready to fire back at haters who claimed her family were hypocrites for welcoming Thompson, 29, back into their lives and not forgiving Woods, 22, as she live-tweeted the season 18 premiere of Keeping Up With the Kardashians on Thursday, March 26.

“So they all forgave tristan for cheating on khloe, so they must forgive jordyn too since he kissed her without her consent!” one Twitter user wrote while watching the Thursday episode. “I love all woman’s in this family but I can’t agree with hypocrisy #KUWTK.”

The reality TV star revealed that “we have forgiven both parties” before further commenting on her decision to have the father of her child, True, in their lives. 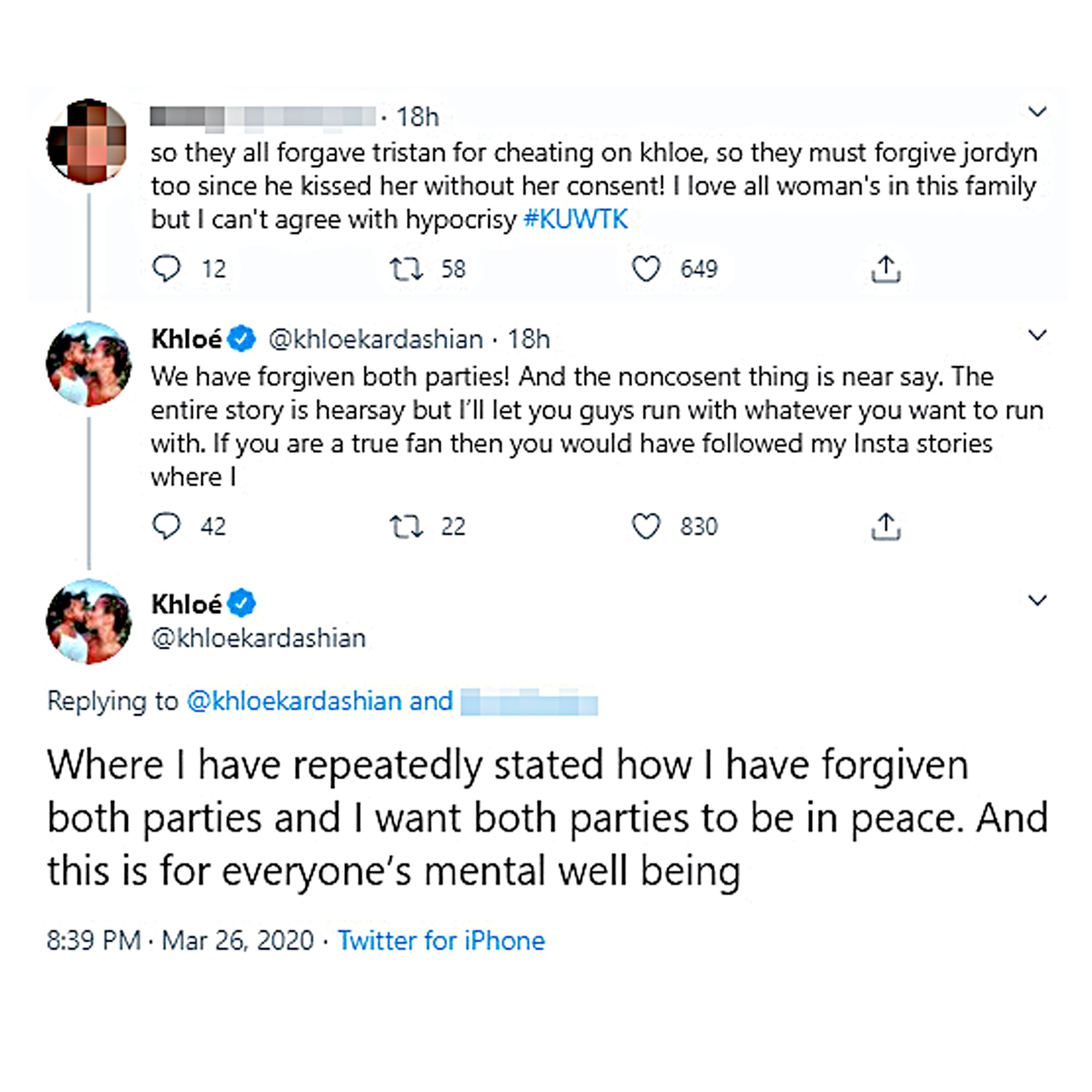 “The nonconsent thing is near say [sic]. The entire story is hearsay but I’ll let you guys run with whatever you want to run with,” she wrote via Twitter.

Kardashian explained that if her followers paid attention they would know that everyone involved in the February 2019 scandal has been forgiven.

“If you are a true fan then you would have followed my Insta stories where I have repeatedly stated how I have forgiven both parties and I want both parties to be in peace,” the California native added. “And this is for everyone’s mental well being.”

During the KUWTK season premiere, which Kardashian watched with her ex due to quarantine conditions, fans saw Thompson get invited by Kim Kardashian to a dinner with friends in New York City.

“I think what you’re doing is nice,” the Revenge Body host told her sister, 39, on the phone.

As the episode continued, Khloé admitted that it wasn’t easy for her to have her family spending time with the basketball player less than one year after the cheating scandal. 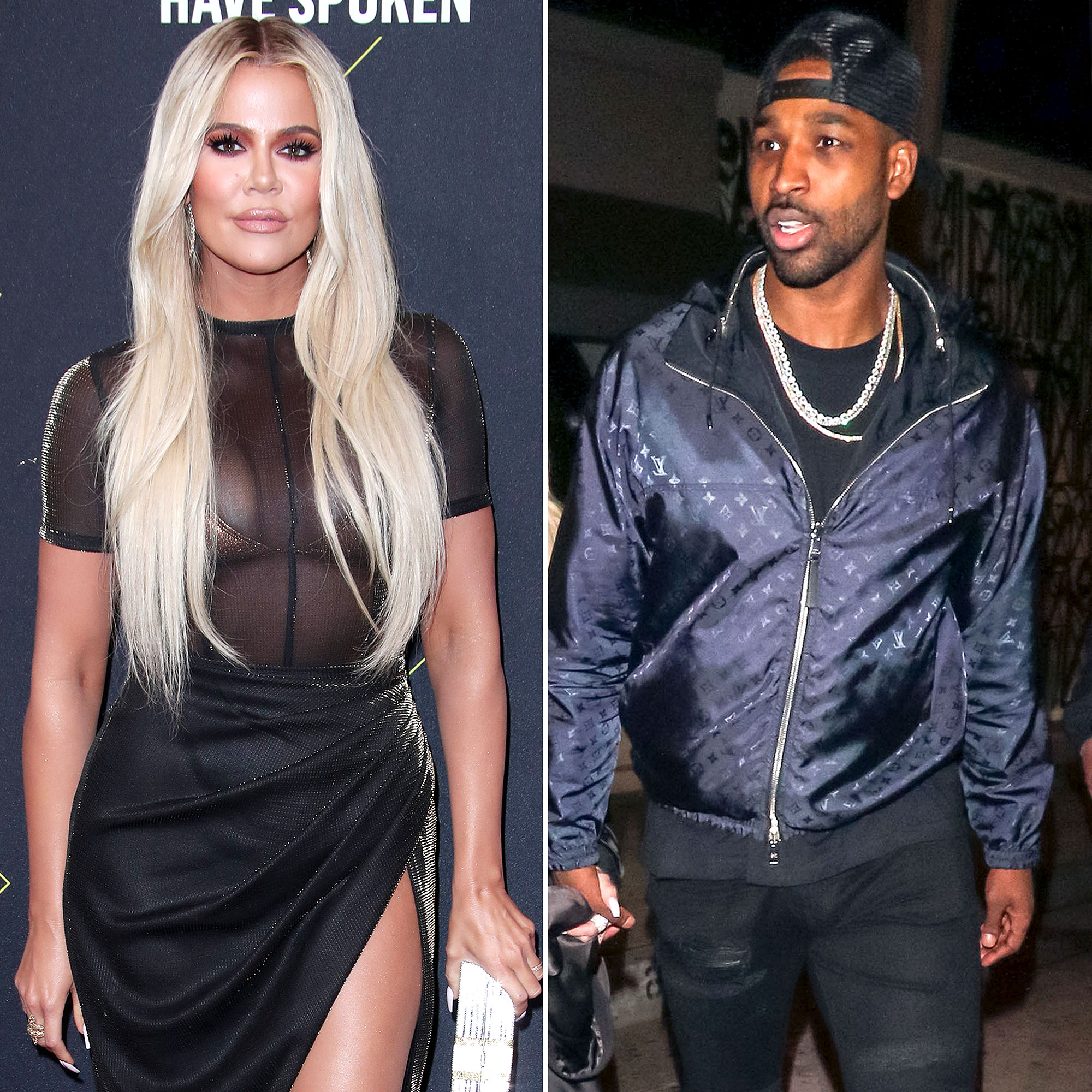 “I thought it was really nice that he came to dinner and that you guys allowed that, but we all just don’t need to be hanging out for no reason,” the Strong Looks Better Naked author revealed. “It’s not even been a year since our breakup, so it’s just a lot so soon.”

Since the episode filmed, the former couple have continued to work together to coparent and Us Weekly broke the news on March 20 that the two were staying together amid the coronavirus outbreak.

“Khloé doesn’t have bad or negative feelings toward Tristan at this point,” a source told Us exclusively at the time. “Being quarantined has made her have a soft spot for him, and she knows he will always be part of her life in some way because he is True’s dad.”

The insider added: “Khloé has been open and receptive toward Tristan.”

Keeping Up With the Kardashians airs on E! on Thursdays at 8 p.m. ET.