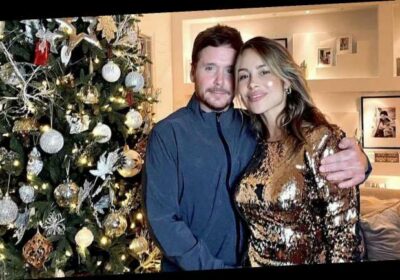 The ‘Friends with Better Lives’ actor is adding father to his resume at 46 years old as his actress girlfriend Zulay Henao is pregnant with their first child together.

The 41 year old is expecting the couple’s first child.

Mother-to-be Zulay showed off her growing belly on her Instagram a few days ago. “18 weeks,” she revealed to her online followers.

She recently added a new photo on her Story and wrote, “I hope I’m not getting annoying with my growing bump pictures!”

She talked about her pregnancy journey as she continued, “I’m so in awe of this entire process and just want to share my excited with you!”

Kevin isn’t the only expectant former Entourage star – castmate Jerry Ferrara took to Instagram at the beginning of last month (Dec20) to reveal his wife, Breanne Racano, is expecting a brother for the couple’s one-year-old son, Jacob Michael.

“It’s been a rough year for sure, but I am grateful to being adding (sic) another little boy to our family,” Jerry wrote. “3 of us becomes 4 (of) us! And I probably lose the rest of whatever hair I have left.”

Meanwhile, Breanne recently revealed on her Instagram that she struggled with hormonal changes as she got to 21 weeks pregnant. She shared a picture of her smooching her husband and penned, “She is not as sweet as she appears!! Just an I love you appreciation post to my husband for handling my mood swings. Because… hormones.”

Jerry also posted the same picture on his page and insisted her wife, despite acting tough, was “really sweet!” He added, “I need a fade badly.”