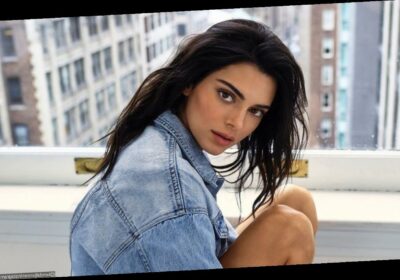 The former Victoria’s Secret model has reportedly moved out of her Beverly Hills pad with no intention to return, though her security team has been increased after a man was arrested for skinny-dipping in her pool.

TMZ reported on early Wednesday that the raven beauty has moved out of the house, even though her armed security team has been increased. Sources told the site the reality TV star moved to a safe location with armed security and has no plans to return to her Bev Hills home.

It’s unknown where Kendall is currently staying at and it’s unclear if she plans to sell the house.

Earlier on Tuesday, it was reported that a man was arrested in the early hours of Sunday after allegedly attempting to take a nude swim in Kendall’s backyard pool. The 27-year-old man somehow found a way onto the former Victoria’s Secret model’s property, which is located in a gated community, and began knocking on windows, calling out her name.

Kendall security guards detained the guy shortly after he stripped down to enjoy a little skinny-dipping. He was subsequently handed over to police officers, who took him into custody for misdemeanor trespassing and held him behind bars for six hours before he was released due to the jail’s COVID-19 protocols.

Kendall was reportedly at home at the time, but she’s confirmed to be safe.

The naked intruder news arrived shortly after Kendall was granted a temporary restraining order against Malik Bowker, who allegedly intended to buy an illegal firearm and shoot the “Keeping Up with the Kardashians” star and then kill himself.

The man is currently being held on a temporary psychiatric hold at a local hospital’s psychiatric ward, but she’s terrified Malik will try to find her and harm her when he’s released from the hospital. She additionally claimed in court documents that his alleged threats are causing her severe emotional distress and anxiety.

Malik has been ordered to stay 100 yards away from her at all times by the judge.