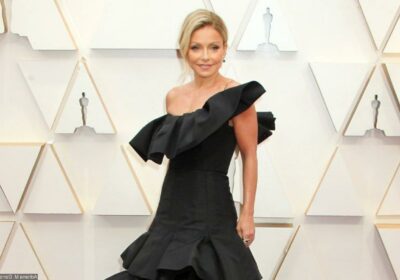 The ‘Live! with Kelly and Ryan’ host takes to her Instagram account to share her coronavirus diagnosis, adding that she’s ‘looking forward to returning to normal life as soon as the standardquarantine time is over.’

AceShowbiz –Kelly Ripa has tested positive for COVID-19. The wife of Mark Consuelos has revealed she found out she had the virus at the weekend, and is currently isolating for the five days required.

It’s not known how this will impact filming for upcoming episodes of her show “Live with Kelly and Ryan”, if at all, and whether her co-host Ryan Seacrest will host alone or with a stand-in if needed. However, the 51-year-old broadcaster had fortunately pre-recorded the latest instalment.

Taking to her Instagram Story, she said, “Unfortunately i tested positive for covid-19 this weekend. But thankfully i am fully vaccinated and boosted, and today’s show was already pre taped last week. I am taking all necessary precautions and looking forward to returning to normal life as soon as the standard quarantine time is over.”

“On a lighter note, i did receive the peace and quiet i requested for Mother’s Day. Thanks for understanding, Xo, Kelly,” she went on to conclude. 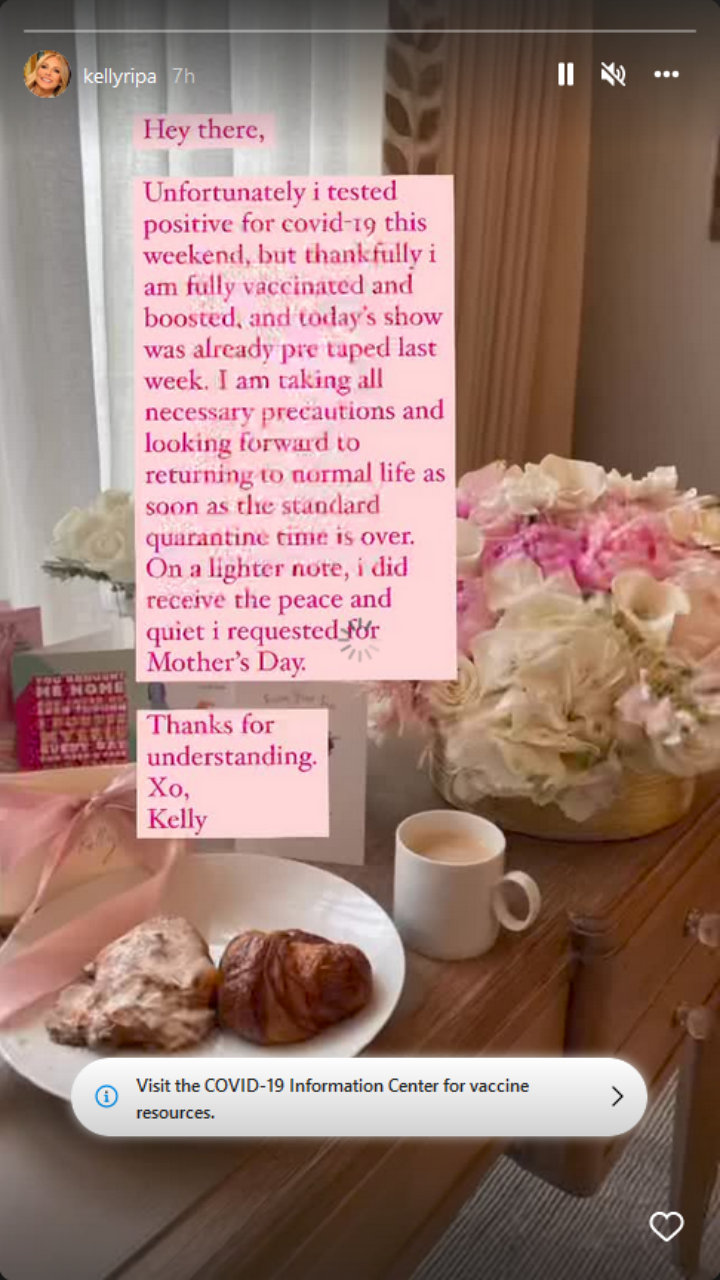 Meanwhile, Kelly previously revealed she wants to quit presenting on the morning talk show to move behind the camera. The host “eventually” wants to step back from hosting the daytime television programme to instead “work behind the camera” as a writer.

She shared at the time, “I’ve been writing a lot. So my goal ultimately would be to eventually get off camera and start working behind the camera more in that creative aspect because I really do enjoy the writing process so much.”

But Kelly admitted she doesn’t want to walk away from her show just yet, as she’s having too much fun presenting alongside Ryan. She continued, “I talk about this with Ryan all the time because I was really looking to retire like by now, but Ryan Seacrest is so fabulous to work with and he is such a good friend. We’ve been friends for two decades, and I’ve got to tell you he is really such a draw to me there. I just love working with him so much. He makes every day feel like I’m not working and that’s when you know you have a great working relationship.”

Kelly joined “Live!” in 2001, when she replaced Kathie Lee Gifford and hosted alongside the late Regis Philbin, under the title “Live with Regis and Kelly”. After working together for a decade, Regis stepped back in 2011 and was replaced by Michael Strahan in 2012, before he departed the series in 2016, with Ryan eventually taking over in 2017.