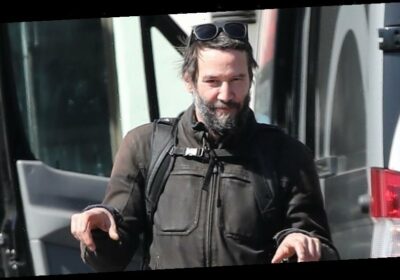 Keanu Reeves shows off some of his epic motorcycle moves while chatting with a few friends on Tuesday (March 9) in Malibu, Calif.

After telling his story, Keanu put on his helmet, hopped on his Arch bike and headed out on a few errands.

PHOTOS: Check out the latest pics of Keanu Reeves

Keanu has been spotted a lot on his bike lately and just recently was seen with a shorter hairstyle while talking with some fans in Malibu.

If you missed it, the director of the new Spongebob movie opened up about Keanu‘s involvement in the movie. See what he said here…