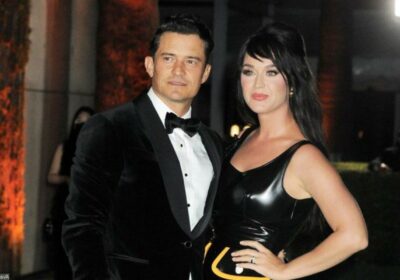 The ‘Dark Horse’ hitmaker and the ‘Pirates of the Caribbean’ star are seemingly ready to add another member to their family as they ‘love parenting together’ and are ‘doing very well as a couple.’

AceShowbiz –Katy Perry and Orlando Bloom are seemingly ready to have another addition to their family. If a new report is to be believed, the “Roar” hitmaker and her fiance are in “great groove” as they “want to expand their family.”

A source spilled to Entertainment Tonight on Monday, January 10 that the 37-year-old pop star and the “Pirates Of The Caribbean: Dead Men Tell No Tales” actor are enjoying life so much that they may add another member to their family. “Katy and Orlando are so happy. They’re doing very well as a couple and have gotten into a great groove,” the insider said. “They want to expand their family. They’re both super supportive of each other’s careers and love parenting together.”

Proving that their love is still going strong, the pair showed the world that they welcomed 2022 with a sweet New Year’s kiss. Taking to Instagram on January 3, Katy shared photos from her Playland-themed party at Resorts World Las Vegas. In the snaps, the “Dark Horse” songstress, who wore a skintight strapless leather blue dress, leaned in to kiss her 44-year-old actor fiance who sweetly sported a lipstick mark on his cheek.

“We like to #PLAY hard / party hard,” Katy captioned her post that included a series of photos from the party. In the note accompanying the snaps, she also thanked Wally’s restaurant and the hotel resort for hosting, as well as the Meta Museum and producer Jeff Beacher “for making it psychedelic.”

That same day, Orlando posted more shots from behind the scenes of the party. Underneath the pictures of the larger-than-life costumes and props and an image of Katy performing in a giant keyhole atop a rainbow on stage, the “Carnival Row” actor wrote, “There’s a new act on the #vegas strip @katyperry so proud of you. Let’s all go #play. HNY [red heart emoji].”

Katy and Orlando got engaged on Valentine’s Day in 2019. The couple was originally set to walk down the aisle in early 2020 but had to put a pause on planning due to the coronavirus pandemic. Then in August that year, they welcomed their 1-year-old daughter Daisy Dove.