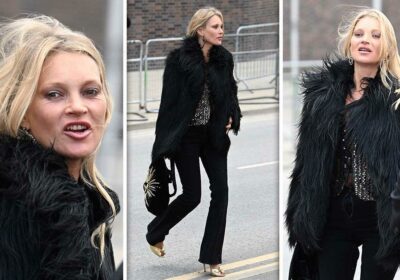 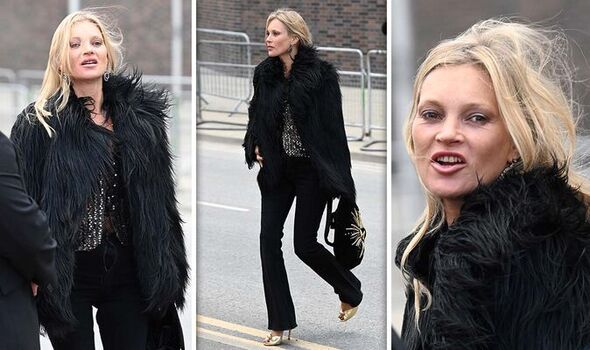 Kate Moss, 48, stunned in an all-black outfit as she stepped out on Thursday evening to attend the opening night of ABBA Voyage. Kate showed off her model credentials in a pair of slim-fitting black trousers and a chic fur coat.

The model added some sparkle with a silver sequinned top and a pair of gold stilettos.

Kate accessorised with some silver earrings and carried a black tote bag as she made her way to the ABBA Arena in London.

The opening night of ABBA Voyage sees the band’s avatars perform alongside a 10-piece live band.

Kate’s night out comes a day after she testified for her ex-boyfriend, Johnny Depp, 58, during his libel trial against Amber Heard, 36.

Kate appeared via video link on Wednesday and testified that Johnny “never pushed or kicked” her during their relationship from 1994 until 1998.

She was called to the stand after Ms Heard said that she thought of “Kate Moss and stairs” during an altercation with Mr Depp and her sister Whitney.