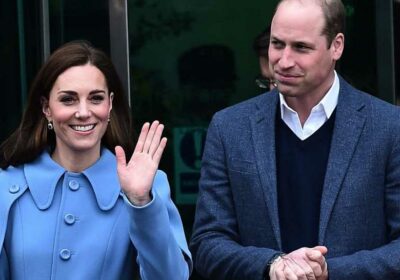 In case anyone is wondering how Kate Middleton is dealing with the falling out between Prince William and Prince Harry, apparently she’s…relatively chill about the whole thing? A source tells The Telegraph that Kate is “not the type to get het up” about drama surrounding the Sussexes’ bombshell Oprah interview, and that she wants to “bring the family back together.”

The source continued that “The question for the Duke is whether he is able to override the short term pain and damage to get back to the place he once was with his brother. It’s very difficult when the trust has basically gone.”

This comment comes amid similar claims from author and The Crown consultant Robert Lacey, who, in an updated version of his book Battle of the Brothers, said Kate and William fear private convos with Harry could be leaked and see “no point” in talking to him. Per Lacey, “They told friends that they could see no point in talking to Harry, since any discussion of substance would go straight back to Meghan to be leaked out via Oprah [Winfrey] or some other tentacle of the Sussex network.”

Um, rude! Anyway, Prince Harry is currently in England for the unveiling of Princess Diana’s statue at Kensington Palace, so TBD on if he and Prince William / Kate Middleton get a chance to chat things out during the trip.