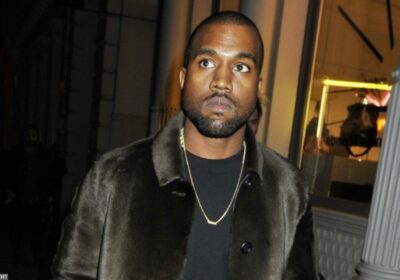 While many are left in disbelief, some fans of the billionaire ‘Gold Digger’ rapper praise him for ‘sacrificing his comfort’ just to finish his 10th studio album ‘Donda’.

AceShowbiz –Kanye West has confirmed reports about him living at Atlanta’s Mercedes-Benz Stadium while working on “Donda”. After the billionaire “Gold Digger” rapper shared a picture of his small bedroom inside the 71,000-capacity venue, many of his fans were left in disbelief.

The estranged husband of Kim Kardashian shared the snap in question on Instagram on Tuesday, July 27. The bedroom featured one single bed, a flat-screen TV and a digital clock that were hanging on the walls as well as one small wardrobe. Despite being minimalist, he brought several pairs of shoes that are enough for a week.

Many of Kanye’s followers were shocked upon seeing the post. One person in particular exclaimed in the comment section, “HE SLEEPING IN THE LOCKER ROMM.” Another wondered, “He really living in there.” A third then chimed in, “u really moved into the stadium.” Someone else even likened the MC’s room to a “cell.”

Some others, meanwhile, praised the Yeezy designer for his all-out effort in creating music. “Sacrificing his comfort that he earned just to cater to the people, No one else will ever do it like him,” one fan raved, with another exclaiming, “HE MOVED INTO THE STADIUM FOR US FAM YOU KNOW HE COOKIN UP!!!!” One individual gushed, “Legend bro. F**king legend.”

Reports about Kanye living at the stadium were first brought by his representative on Monday, July 26. The rep told The Associated Press that the Grammy winner will stay there until he finishes his 10th studio album “Donda”, which is named after his late mother Donda West.

Kanye premiered “Donda” at a massive listening party which was held at the venue on Thursday, July 22. The event was attended by his estranged wife Kim, their four children, North, Saint, Chicago and Psalm as well as Kim’s sister, Khloe Kardashian.

“Donda”, which was set to be released on Friday, July 23, is now due August 6. Social media star Justin LaBoy announced on Twitter, “KANYE WEST WILL MOVE THE RELEASE DATE OF DONDA TO AUGUST 6TH. THANKS FOR YOUR PATIENCE. HE WANTS TO GIVE HIS FANS THE BEST POSSIBLE PRODUCT WITHOUT RUSHING ANYTHING. HE LOVES YALL WITH ALL OF HIS HEART. GOD BLESS #DONDA #RESPECTFULLY (sic).”