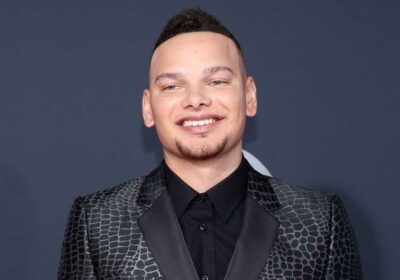 Kane Brown just made history at the ACM Awards.

The 27-year-old country singer became the first Black artist to win Video of the Year for “Worldwide Beautiful” at the annual awards ceremony. Brown’s win was announced on Wednesday during CBS This Morning, days before the ACMs are scheduled to take place in Nashville.

“I wrote this song with three of my buddies out of Nashville,” Brown expressed when told about his historic win. “We were just like, ‘You know, it would be a great day when everybody could just see the beautiful in the world… we’re all a little different, but we’re all just different types of beautiful.'”

“So we just wrote a song about it,” he continued. “When everything started coming out in the media, we felt like it was time to release it. Our fans were asking for it. I couldn’t ask for it to come out any better than it did.”

Thanks to the fans, the @[email protected] !! 🙏🏾 #worldwidebeautifulhttps://t.co/bIAhRAepjA

Brown is also up for Album of the Year for his album, Mixtape Vol. 1. The nomination made him the first-ever Black country artist to be nominated in the category. ET spoke with Brown last week, where he said the possibility of making history at the ACMs would be “amazing.”

“I’m not gonna put any pressure on me, but if it happens then, I don’t know, I’ll probably be speechless,” he said of potentially winning Album of the Year. “I think it’s a beautiful thing. I feel like… the doors are slowly opening and more black artists should be welcomed into the country music scene. It feels good to be a part of that history that’s happening. I can’t wait to see it, you know, five to seven years from now, and see if we got some more.”

He added that his album is so “different,” adding that he really appreciated his fans “for allowing me to experiment and do whatever, but still stick to the country roots and just love my music and listen to it regardless.”

Brown, meanwhile, will also be performing “Famous Friends” with Chris Young at the ACMs. He’s also set to hit the road and will kick off his Blessed & Free Tour on Oct. 1